Showing posts with the label Jeremy Pargo
Show all

Are the Cleveland Cavaliers doing better or worse since temporarily losing guard Kyrie Irving to a finger fracture last month? Is his replacement Jeremy Pargo effectively stepping up to the plate? By Cleveland Urban News.Com Sportswriter Karl Kimbrough 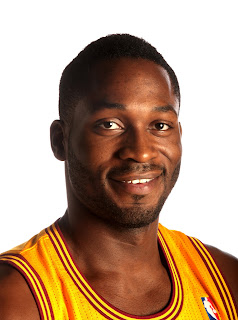 Cleveland Cavaliers Basketball Player Jeremy Pargo Cleveland Cavaliers Basketball Player Kyrie Irving By Karl Kimbrough, Cleveland Urban News.Com Sportswriter ( www.clevelandurbannews.com ) CLEVELAND,Ohio-Are the Cavaliers getting better or worst as an NBA basketball team serving the major metropolitan city of Cleveland since temporarily losing Kyrie Irving to an injury last month? Is Irving's replacement, Jeremy Pargo, effectively stepping up to the plate? Before Kyrie Irving's finger fracture that sideline the point guard who was drafted by Cleveland as a first all around pick in 2011, a year after Lebron James left the team and joined The Miami Heat, the Cavs had won two games and lost eight. Since then, in eight games, they are two and six. After Kyrie's injury most observers probably  looked at the Cavs as a definite high lottery team this year and thought they would be almost unteachable.  Let's face it, entering this season Irving was the
Post a Comment
Read more
More posts