Kathy Wray Coleman to testify before the Cleveland Truth Commission on Poverty on her 3-month experience in the Cuyahoga County Jail on October 14, 2017, the activist and journalist of whom was illegally arrested at the RNC in Cleveland last year and falsely charged with misdemeanor resisting arrest in a case before Cleveland Judge Charles Patton, whom she says is stalking her for Cleveland City Hall officials, police, corrupt judges and prosecutors and others....Coleman was held in jail after posting bond, and threatened, and she says she has been recently threatened with jail unless she agrees to be quiet on public corruption, including the theft of homes of Cuyahoga County residents by judges like Common Pleas Judge John O'Donnell, the sheriff's office, JPMorgan Chase Bank and others as to illegal foreclosures, and agrees to shut down her popular newspaper and blog.... Coleman says she has also been threatened not to lead the 8-Year Anniversary of the Imperial Avenue Murders of 11 Black women on Imperial Avenue on October 29 at 3 pm on Imperial Avenue in Cleveland, the perpetrators telling her that they do not want such a rally during an election year for Cleveland mayor....By ClevelandUrbanNews.Com and the KathyWrayColemanOnlineNewsBlog.Com , Ohio's most read digital Black newspaper and Black blog with some 5 million readers on Google Plus alone. Tel: (216) 659-0473. Email: editor@clevelandurbannews.com 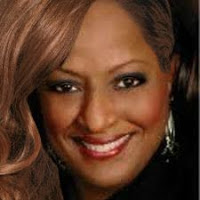 Kathy Wray Coleman ClevelandUrbanNews.Com and the KathyWrayColemanOnlineNewsBlog.Com , Ohio's most read digital Black newspaper and Black blog with some 5 million readers on Google Plus alone. And the ClevelandUrbanNews.Com website stats reveal some 26 million hits since 2012. Tel: (216) 659-0473. Email: editor@clevelandurbannews.com. Kathy Wray Coleman, editor-in-chief, and who trained for 17 years at the Call and Post Newspaper in Cleveland, Ohio. We interviewed former president Barack Obama one-on-one when he was campaigning for president. As to the Obama interview, CLICK HERE TO READ THE ENTIRE ARTICLE AT CLEVELAND URBAN NEWS.COM, OHIO'S LEA DER IN BLACK DIGITAL NEWS . CLEVELAND URBAN NEWS.COM-  Cleveland activist and journalist Kathy Wray Coleman, among others, will give testimony before a community panel of the Cleveland Truth Commission on Poverty, Coleman slated to testify on poverty, police brutality, prosecutorial and judicial malfeasance, the heroin an
Read more
More posts