Showing posts with the label anthony jones
Show all

Cleveland Urban News. Com is down for three days to transfer it to a different web server due to alleged harassment by DigitalJetstream Hosting 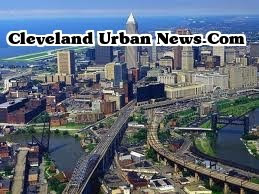 CLEVELAND, Ohio-Cleveland Urban News.Com is in the rebuilding process for a couple of days because after a transfer to a different web server for hosting due to alleged harassment by DigitalJetsream Hosting in reported retaliation for the content of the articles on racism, sexim and political corruption in Cuyahoga County. Until the website is complete read us at ( www.kathywraycolemanonlinenewsblog.com ) Company officials at DigitalJetstream are also allegedly angry because they could not secure certain domain transfers relative to domain names owned by Cleveland Urban News.Com in what is believed was an effort to steal them. "When we refused to transfer domain names that we own to DigitalJetstream the harassment escalated because its owner pursued us we believe with the hope of getting several domain names, including Cleveland Urban News.Com and The Kathy Wray Coleman Online News Blog. Com, to steal and try to shut us down," said Kathy Wray Coleman, editor and publ
Post a Comment
Read more
More posts