Showing posts with the label 3 dead
Show all 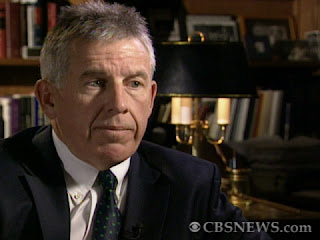 Cuyahoga County Prosecutor Tim McGinty By Kathy Wray Coleman, Editor-in-Chief, Cleveland Urban News.Com   ( www.clevelandurbannews.com ) BOSTON, MA- At least three people are confirmed dead,  including an 8-year-old  boy, and at least 144 injured, 29 critically, following a terrorist attack with two high explosive bombs at the Boston Marathon. The first explosion hit at 2:50 pm today and a second explosion went off 12 seconds later, police said. United States President Barack Obama "Make no mistake, we will get to the bottom of this," said President Obama during a press conference after the attack.  "Any responsible individuals, any responsible groups will feel the full wait of justice." One witness said the situation looked like Iraq in 2005 and 2006 with people with their limbs blown off, and "lots of smoke and lots of blood." Police said that there were at least two bomb devices, and possibly a third.  Law enforcement authorities h
Post a Comment
Read more
More posts