Judge John P. O'Donnell is accused of unethical behavior and prejudice in filing before the Ohio Supreme Court that seeks his disqualification from the 137 shots manslaughter case of Cleveland police officer Michael Brelo, O'Donnell scheduled the trial for October 22 for publicity relative to his bid this November to unseat Ohio Supreme Court Justice Judith French and on the day of a police brutality rally by the revolutionary communist party, Brelo's lawyer says in the filing, O'Donnell is also under fire for the documented theft of homes via illegal foreclosures for JPMorgan Chase Bank, others, O'Donnell leads other judges in refusing to dismiss criminal cases for a lack of evidence when most of the defendants are Black, a Cleveland Plain Dealer Newspaper investigation reveals 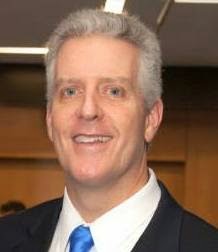