Showing posts with the label Olmpic Games
Show all 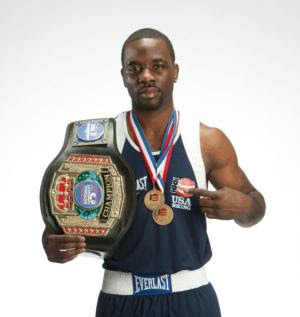 Terrell Gausha By Kathy Wray Coleman, Associate Publisher, Editor, Cleveland Urban News.Com and the Kathy Wray Coleman Online News Blog.Com www.clevelandur bannews.com 0 LONDON, England-Glenville High School Graduate Terrell Gausha got closer to a gold metal and made the Cleveland schools and America proud with a third round knockout at the 2012 Summer Olympic Games on Saturday of his opponent, Armenia's Andranik Hakobvan. A middleweight division fighter, Gausha, 24, is among the 16 remaining amateur boxers out of the original 32 to advance to the quarter finals and will box again at 9:30 am on Thursday against Indian matinee idol Vijender. "He knocked him out and you don't see that much in Olympic boxing," said Michael Nelson, an entrepreneur who owns the restaurant The Kitchen, and Lil Africa, a party and versatility building at 69th St and Superior Ave in Cleveland where Gausha had sparred in practice and regular boxing matches. "He is just another
1 comment
Read more
More posts