Showing posts with the label 2016 at 2:30 pm at 79th St and Hough Avenue led by Cleveland Ward 7 Councilman TJ Dow
Show all

Press conference March 20 by Cleveland Councilman TJ Dow against Cleveland Clinic's $100 million project, though Dow agrees to it five days later saying he got some concessions for his ward....By www.clevelandurbannews.com 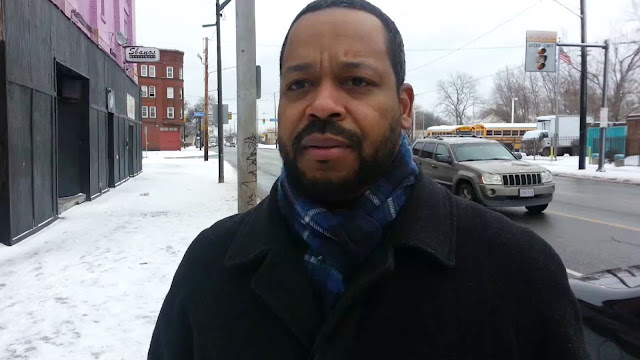 Cleveland Ward 7 Councilman T J Dow www.clevelandurbannews.com ) /   ( www.kathywraycolemanonlinenewsblog.com ). Tel: (216) 659-0473 and Email: editor@clevelandurbannews.com Dear Community/Community Activists/Media This is relative to the conflict between Cleveland Ward 7 Councilman T.J. Dow (pictured above), with support from Ward 7 residents and community activists, and the Cleveland Clinic and Case Western Reserve University as to a proposed $100 million apartment complex and hotel project in Ward 7 near the Cleveland Clinic. Dow says that the Cleveland  Clinic needs to give back to the Black community in Hough, one of the city's poorest neighborhoods, including a resource center. Advocates of the project, including the Plain Dealer Newspaper, say the project itself is enough. It is not. Dow replaced the late Ward 7 Councilwoman Fannie Lewis and she would have demanded same.  (Editor's note: Councilman Dow agreed to the project five days later, say
Read more
More posts