Showing posts with the label assault weapons issue
Show all

Ohio Democratic gubernatorial candidates Dennis Kucinich and Richard Chordray differ on bill to ban assault weapons introduced in the the Ohio Senate this week that makes it a criminal offense to own assault weapons...."Cordray's refusal to support an assault weapons ban in Ohio puts him on the wrong side of recent federal court decisions, and the wrong side of all Ohioans who want to see these weapons off the streets," said Kucinich.....Kucinich said that Chordray's "past pro-gun positions earned him the endorsement, support, and an 'A' rating from the National Rifle Association, the Buckeye Firearms Association, and similar groups....If the bill were enacted, Ohio would become the sixth state to outlaw assault weapons....By Clevelandurbannews.com and Kathywraycolemanonlinenewsblog.com, Ohio's most read Black digital newspaper and Black blog with some 5 million views on Google Plus alone.Tel: (216) 659-0473 and Email: editor@clevelandurbannews.com 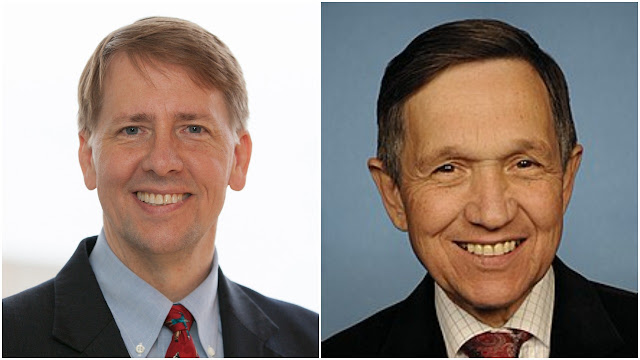 Ohio Democratic gubernatorial candidates Richard Chordray (left) and Dennis Kucinich Clevelandurbannews.com and Kathywraycolemanonlinenewsblog.com , Ohio's most read Black digital newspaper and Black blog with some 5 million views on Google Plus alone.Tel: (216) 659-0473 and Email: editor@clevelandurbannews.com. Kathy Wray Coleman, editor-in-chief, and who trained for 17 years at the Call and Post Newspaper in Cleveland, Ohio. We interviewed former president Barack Obama one-on-one when he was campaigning for president. As to the Obama interview, CLICK HERE TO READ THE ENTIRE ARTICLE AT CLEVELAND URBAN NEWS.COM, OHIO'S LEADER IN BLACK DIGITAL NEWS CLEVELANDURBANNEWS.COM-Cleveland, Ohio- Yesterday, Democratic members of the Ohio Senate introduced a bill that would outlaw assault weapons in Ohio and make it a criminal offense to own or acquire weapons like those used in the mass slaying at a high school in Parkland, Florida last week and in dozens of other similar fa
Post a Comment
Read more
More posts