Showing posts with the label reproductive rights
Show all 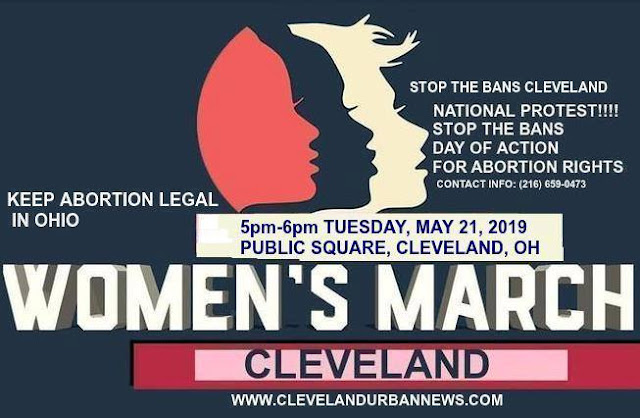 By Women's March Cleveland organizer Kathy Wray Coleman: We will speak on the Trump administration's policy and on women of color as to the Stop the Abortion Bans Cleveland rally on Tuesday, May 21, 2019 at 5 pm on Public Square in downtown Cleveland, and as to all women, Black and minority women especially, and teens. We rally to fight for women's reproductive rights and to seek to ensure inclusion of women of color at all levels of the continuum. Info tel: (216) 659-0473. This is part of a nationwide effort on May 21 with rallies scheduled in several cities throughout the country. CLICK HERE TO GO TO THE FACEBOOK PAGE FOR THIS EVENT Cleveland is a largely Black major American city and Ohio is a battleground state. Let's demand that our rights are not so blatantly violated in complete disregard of the constitutional mandates via Roe. v. Wade, the 1973 U.S. Supreme Court decision that made abortion legal nationwide. Women's March Cleveland will jo
Post a Comment
Read more
More posts