Showing posts with the label Timothy Loehmann
Show all

Cleveland police union ignores petitions delivered by Tamir Rice's mother for it to cease efforts to get the White Cleveland cop's job back that shot and killed Tamir, state law of which only allows the union and not the individual union member standing to seek to overturn an arbitrator's adverse decision of a firing, or an arbitrator's ruling in general.... Twelve-year-old Tamir Rice was gunned down in under two seconds....By editor Kathy Wray Coleman of Clevelandurbannews.com and Kathywraycolemanonlinenewsblog.com, Ohio's most read Black digital newspaper and Black blog 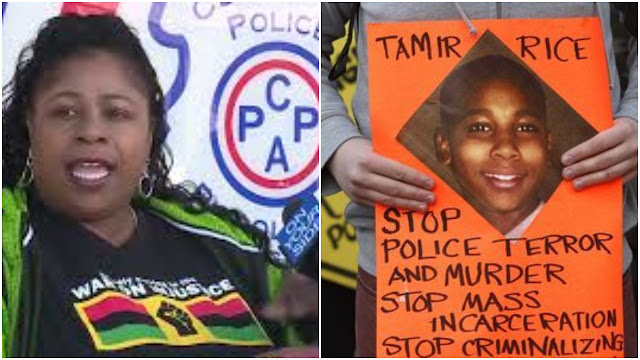 Samaria Rice, the mother of 12-year-old Tamir Rice, whom Cleveland police gunned down in 2014, speaks at a press conference on Monday, June 3, 2019 after delivering petitions with more than 170,000 signatures to Cleveland police union headquarters that demand that the union cease efforts to overturn an arbitration decision that upheld the city's firing of the White cop that shot and killed the Black child in under two seconds.  Clevelandurbannews.com and Kathywraycolemanonlinenewsblog.com , Ohio's most read Black digital newspaper and Black blog with some 5 million views on Google Plus alone.Tel: (216) 659-0473 and Email: editor@clevelandurbannews.com. Kathy Wray Coleman, editor-in-chief, and who trained for 17 years at the Call and Post Newspaper in Cleveland, Ohio. We interviewed former president Barack Obama one-on-one when he was campaigning for president. As to the Obama interview, CLICK HERE TO READ THE ENTIRE ARTICLE AT CLEVELAND URBAN NEWS.COM, OHIO'S LE
Post a Comment
Read more 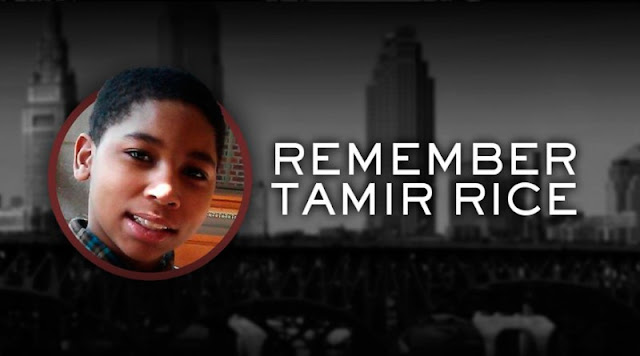 Samria Rice, the mother of slain Cleveland police victim Tamir Rice, at a press conference in Cleveland on Nov. 22, 2016, the second-year anniversary of the police fatal killing of the 12-year-old Black kid PHOTO BY NBC NEWS. COM AND CLICK HERE TO GO TO ITS WEBSITE FOR ITS PHOTOGRAPH AND STORY AND VIDEO ON THE PRESS CONFERENCE BY SAMARIA RICE, TAMIR'S MOTHER, AS TO THE 2ND ANNIVERSARY OF THE TAMIR RICE CLEVELAND POLICE KILLING VIEW BELOW THE CLEVELAND FOX 8 TELEVISION NEWS COVERAGE OF THE SIT-IN AND RALLY AS TO THE 2ND ANNIVERSARY OF THE FATAL SHOOTING OF 12-YEAR-OLD TAMIR RICE BY CLEVELAND POLICE  CLICK HERE TO ALSO VIEW THE VIDEO AT THE WEBSITE OF CLEVELAND FOX 8 NEWS ( www.clevelandurbannews.com ) /   ( www.kathywraycolemanonlinenewsblog.com ). Ohio's most read Black digital newspaper and Black blog.Tel: (216) 659-0473 and Email: editor@clevelandurbannews.com By Editor-in-Chief  Kathy Wray Coleman, a-24-year journalist who trained at the Call and Post New
Read more
More posts