Showing posts with the label 41-year-old
Show all

Kobe Bryant dead at 41: The country, LeBron James, other fellow Black NBA greats mourn the passing of Kobe Bryant, an NBA basketball legend....By editor Kathy Wray Coleman of Clevelandurbannews.com and Kathywraycolemanonlinenewsblog.com, Ohio's most read digital Black newspaper and Black blog, both also at the top in Black digital news in the Midwest 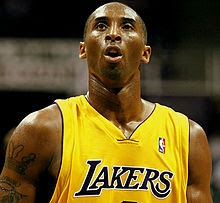 NBA basketball legend Kobe Bryant By Kathy Wray Coleman, associate publisher, editor-in-chief Clevelandurbannews.com and Kathywraycolemanonlinenewsblog.com , Ohio's most read digital Black newspaper and Black blog, both also at the top in Black digital news in the Midwest. Tel: (216) 659-0473. Email: editor@clevelandurbannews.com CLEVELANDURBANNEWS.COM, CALABASAS, California- Former NBA megastar Kobe Bryant, who spent his entire 20 years in the NBA with the Los Angeles Lakers as a shooting guard, died in a helicopter crash on Sunday in the hills of Calabasas, California, his 13 year-old daughter Gianna, the pilot and six others, including a college baseball coach and his wife and daughter, dying too. In short, all nine people aboard the helicopter en route to a AAU basketball game on Jan 26 perished, a life cut short of a legendary athlete who is being mourned across the country, Bryant, 41, leaving behind his wife of 19 years, Vanessa Bryant, and three other da
Post a Comment
Read more
More posts