Showing posts with the label Miriam Johnson
Show all

Ex-boyfriend charged with murdering Miriam Johnson and having her body stuffed in a trash can in Cleveland is captured by U.S. Marshals....."We are pleased that Yaphet Bradley has been captured and is in jail without bail for allegedly committing this heinous crime against an innocent woman with four children and we will follow this case until justice prevails," said activist Kathy Wray Coleman of Women's March Cleveland and Imperialwomencoalition.com, who led a rally March 28 to remember Johnson as well as Cleveland murder victims Jazmine Trotter, 20, Ashley Leszyeski, 21, Christine Malone, 45, Jameela Hasan, 37 and Alianna DeFreeze, 14..... By Clevelandurbannews.com and Kathywraycolemanonlinenewsblog.com, Ohio's most read Black digital newspaper and Black blog with some 5 million views on Google Plus alone.Tel: (216) 659-0473 and Email: editor@clevelandurbannews.com 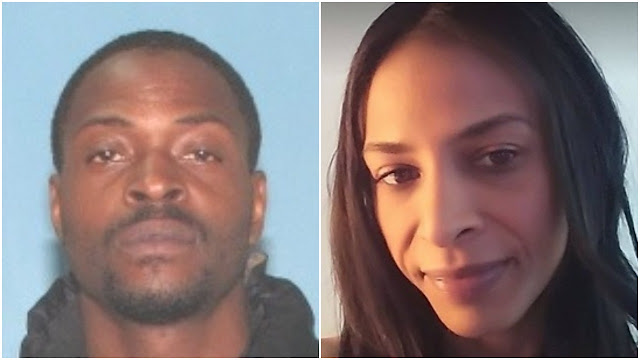 Murder victim Miriam Johnson, 31, and her alleged assailant, Yaphet Bradley Clevelandurbannews.com and Kathywraycolemanonlinenewsblog.com , Ohio's most read Black digital newspaper and Black blog with some 5 million views on Google Plus alone.Tel: (216) 659-0473 and Email: editor@clevelandurbannews.com. Kathy Wray Coleman, editor-in-chief, and who trained for 17 years at the Call and Post Newspaper in Cleveland, Ohio. We interviewed former president Barack Obama one-on-one when he was campaigning for president. As to the Obama interview, CLICK HERE TO READ THE ENTIRE ARTICLE AT CLEVELAND URBAN NEWS.COM, OHIO'S LEADER IN BLACK DIGITAL NEWS . CLEVELANDURBANNEWS.COM-CLEVELAND, OHIO-  The ex-boyfriend charged with killing 31-year-old Miriam Johnson of Cleveland Heights, the mother of three of his children whose dead body he allegedly had stuffed in a garbage can on Cleveland's largely Black east side, was arrested Friday night by U.S. Marshals. Yaphet Bradley, 35,
Post a Comment
Read more
More posts