Showing posts with the label Unite the Right rally
Show all

Mother of Unite the Right White nationalist rally counter protester murder victim Heather Heyer sues her daughter's convicted killer, Susan Bro of Charlottesville, Virginia vowing to preclude the Ohio man from profiting via rights to his story or a memoir after murdering her daughter with his car at the rally in Charlottesville...Alex Fields Jr. is serving life plus 419 years in prison....Bro says she does not want his "blood money"....By editor Kathy Wray Coleman of Clevelandurbannews.com and Kathywraycolemanonlinenewsblog.com, Ohio's most read digital Black newspaper and Black blog 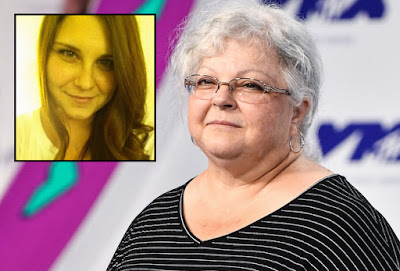 Susan Bro, the mother of activist Heather Heyer (inset), who was killed while protesting against a White nationalist rally in 2017 in her hometown of Charlottesville, Virginia. Bro has sued Alex Fields Jr.,  the convicted murderer who took her daughter's life, in an effort to keep him from profiting from her death Clevelandurbannews.com and Kathywraycolemanonlinenewsblog.com , Ohio's most read digital Black newspaper and Black blog, both also top in Black digital news in the Midwest. Tel: (216) 659-0473. Email: editor@clevelandurbannews.com. Coleman is an experienced Black political reporter who covered the 2008 presidential election for the Call and Post Newspaper in Cleveland, Ohio and the presidential elections in 2012 and 2016 As to the one-on-one interview by Coleman with Obama  CLICK HERE TO READ THE ENTIRE ARTICLE AT CLEVELAND URBAN NEWS.COM, OHIO'S LEADER IN BLACK DIGITAL NEWS . Clevelandurbannews.com and Kathywraycolemanonlinenewsblog.com By K
Post a Comment
Read more
More posts