Showing posts with the label CBS 60 minutes
Show all 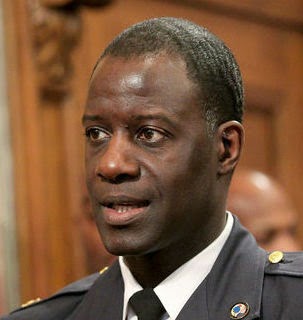 Cleveland Police Chief Calvin Williams Cleveland Mayor Frank Jackson Community activist Kathy Wray Coleman, who leads the Imperial Women Coalition, raises her hand and chants along with some 45 other activists during a 2009 rally she led outside the home of Cleveland Mayor Frank Jackson. The protest was in response to what activists said was police negligence and apathy relative to the murders of 11 Black women on Imperial Avenue on the city's east side. The remains of the women were uncovered beginning in October 2009 and since convicted serial killer Anthony Sowell sits on death row following convictions on 82 of 83 counts, including multiple counts of rape and murder. Activists were also upset because at the time the law enforcement leadership team of the Cleveland Police Department, including the chief of police, law director, safety director, chief prosecutor and EMS commissioner, had no Blacks. Jackson appointed Calvin Williams in January of last year as
Post a Comment
Read more
More posts