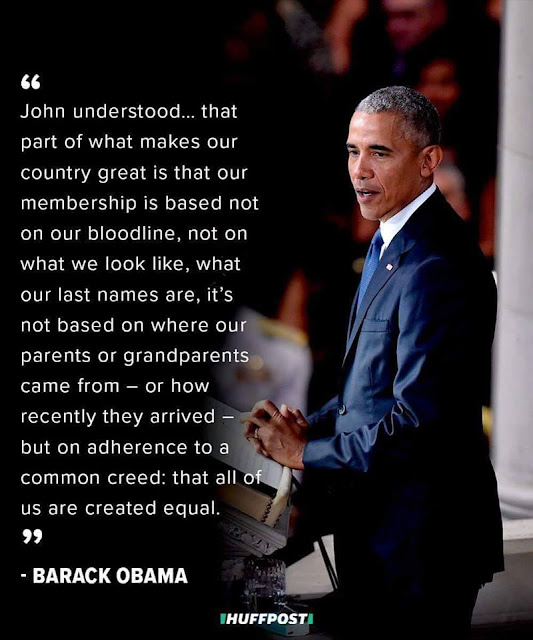 By  Veronica Stracqualursi , CNN Washington (CNN)- Former President Barack Obama lauded John McCain's efforts to push the nation to rise above "mean and petty" politics in his tribute Saturday to the Arizona Republican, who served for more than three decades in the Senate. "So much of our politics, our public life, our public discourse can seem small and mean and petty, trafficking in bombast and insult, and phony controversies, and manufactured outrage. It's a politics that pretends to be brave and tough, but in fact is born of fear," Obama said in a eulogy for McCain at a memorial service at Washington National Cathedral. "John called on us to be bigger than that. He called on us to be better than that." CLICK HERE TO READ THE FULL STORY AT CNN.COM Clevelandurbannews.com and Kathywraycolemanonlinenewsblog.com , Ohio's most read Black digital newspaper and Black blog with some 5 million views on Google Plus alone.Tel: (216) 659-0
Post a Comment
Read more
More posts