Showing posts with the label killed
Show all

Ohio man who killed Civil Rights activist Heather Heyer at a rally last year in Charlottesville is charged with a federal hate crime, in addition to existing charges that include second degree murder....Heather's mother and father have called on activists and others to carry on the fight for equal opportunity and equal justice and to stand up for Civil Rights and against hate groups....By editor Kathy Wray Coleman of ClevelandUrbanNews.Com and the KathyWrayColemanOnlineNewsBlog.Com, Ohio's most read digital Black newspapers with some 5 million readers on Google Plus alone. Tel: (216) 659-0473. Email: editor@clevelandurbannews.com 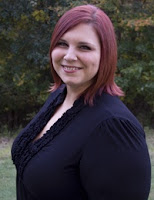 Heather Heyer ClevelandUrbanNews.Com   and the   KathyWrayColemanOnlineNewsBlog.Com , Ohio's most read digital Black newspapers with some 5 million readers on Google Plus alone. Tel: (216) 659-0473. Email: editor@clevelandurbannews.com. Kathy Wray Coleman, editor-in-chief, and who trained for 17 years at the Call and Post Newspaper in Cleveland, Ohio. We interviewed former president Barack Obama one-on-one when he was campaigning for president. As to the Obama interview,  CLICK HERE TO READ THE ENTIRE ARTICLE AT CLEVELAND URBAN NEWS.COM, OHIO'S LEA DER IN BLACK DIGITAL NEWS . By Kathy Wray Coleman, editor-in-chief    Share CLEVELAND URBAN NEWS.COM- CHARLOTTESVILLE, VIRGINA- The Toledo, Ohio man who killed Heather Heyer, the 32-year-old Charlottesville, Virginia paralegal and human and civil rights activist, for opposing racism by White nationalists at a contentious rally in the city last August has been charged with a federal hate crime, in addition to a host of
Post a Comment
Read more
More posts