Showing posts with the label impeachment
Show all

NAACP calls for Trump to be impeached and holds mass teleconference call and podcast discussion last week with Congresswoman Fudge, the Black media and Black leaders nationwide on the Black agenda, Fudge, whose majority Black congressional district includes Cleveland, among a third of the members of the House Democratic Caucus who also want the president impeached as the 2020 presidential election nears....By editor Kathy Wray Coleman of Clevelandurbannews.com and Kathywraycolemanonlinenewsblog.com, Ohio's most read Black digital newspaper and Black blog 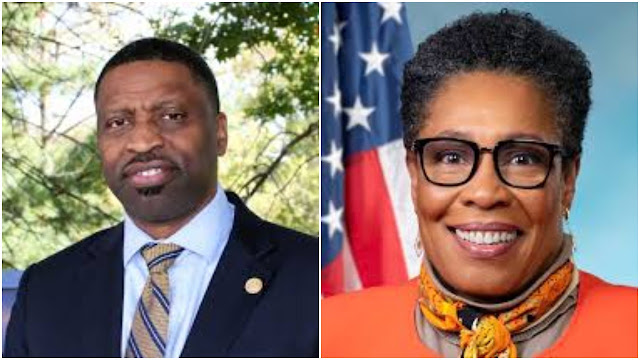 NAACP President and CEO Derrick Johnson and  Ohio Congresswoman  Marcia L. Fudge, a Warrensville Heights Democrat and former  chair of the Congressional Black Caucus whose largely Black 11th congressional district includes Cleveland, the NAACP  joining Fudge and a third  of the members of the House Democratic Caucus, among others, in calling for the impeachment of President Trump By Kathy Wray Coleman, editor-in-chief at Clevelandurbannews.com and Kathywraycolemanonlinenewsblog.com , Ohio's most read digital Black newspaper and Black blog, both also top in Black digital news in the Midwest. Tel: (216) 659-0473. Email: editor@clevelandurbannews.com. Coleman is an experienced Black political reporter who covered the 2008 presidential election for the Call and Post Newspaper in Cleveland, Ohio and the presidential elections in 2012 and 2016 As to the one-on-one interview by Coleman with Obama  CLICK HERE TO READ THE ENTIRE ARTICLE AT CLEVELAND URBAN NEWS.COM, OHIO&#
1 comment
Read more

Cleveland activists, others to host Impeach Trump rally June 15, 2019 on steps of of Cleveland City Hall as part of a national day of action led nationally by MoveOn.org....Clevelandurbannews.com and Kathywraycolemanonlinenewsblog.com, Ohio's most read Black digital newspaper and Black blog 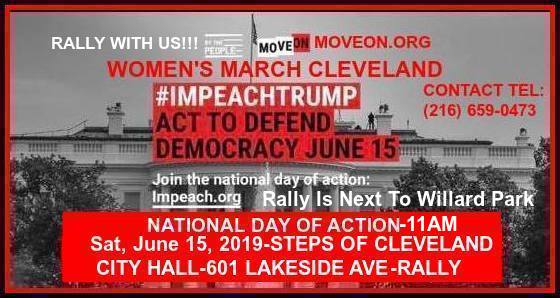 Clevelandurbannews.com and Kathywraycolemanonlinenewsblog.com , Ohio's most read Black digital newspaper and Black blog with some 5 million views on Google Plus alone.Tel: (216) 659-0473 and Email: editor@clevelandurbanne ws.com. Kathy Wray Coleman, editor-in-chief, and who trained for 17 years at the Call and Post Newspaper in Cleveland, Ohio. We interviewed former president Barack Obama one-on-one when he was campaigning for president. As to the Obama interview, CLICK HERE TO READ THE ENTIRE ARTICLE AT CLEVELAND URBAN NEWS.COM, OHIO'S LEADER IN BLACK DIGITAL NEWS . CLEVELANDURBANNEWS.COM-CLEVELAND,Ohio- Led by Women's March Cleveland, Refusefacism.org, the Carl Stokes Brigade, and the Black Women's Political Action Committee, greater Cleveland activist groups will rally at 11 am on June 15, 2019 on the steps of Cleveland City Hall next to the Free Stamp in downtown Cleveland as part of a national day of protest calling for an inquiry into the impeachment
Post a Comment
Read more 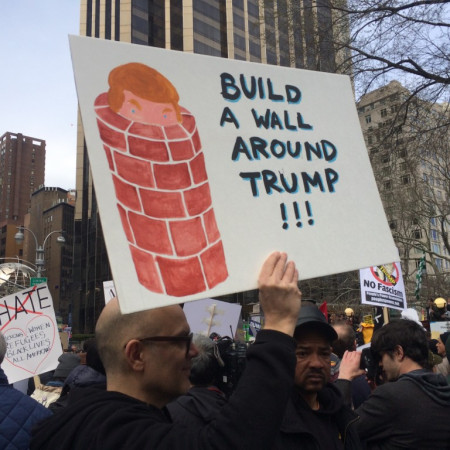 Demonstrators rally at the Washington Monument on Saturday, June 1, 2019 to call for the impeachment of President Donald Trump (Photo by Getty Images) By  ABC Radio  |  @ABCRadio (WASHINGTON) — Demonstrators rallied at the Washington Monument on Saturday to call for the impeachment of President Donald Trump. Members of the Need to Impeach movement partnered with the civic action group NextGen America to persuade Congress to start the impeachment process.  “We’ve actually trained people on how to meet with their member of Congress, how to speak to media and connect their story to issues of impeachment. There are 50 members of Congress now that support impeachment,” said Jeremiah Chapman National Director of Cultural Organizing, for NextGen America. A number of Democratic presidential candidates have also inched closer to supporting impeachment after special counsel Robert Mueller’s public statement last week in which he said he does not intend to testify in a Congression
Post a Comment
Read more
More posts