Imperial Avenue families stay away from phony memorial groundbreaking picketed by community activists, families of victims of crime, activists threatened with arrest and harassed by police at rally, groundbreaking event was led by the Rev Jimmy Gates, a convicted felon who went to prison for stealing money as a former Cleveland employee and found God when he was released 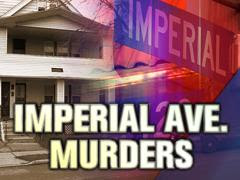 Convicted Serial Killer  Anthony Sowell, who sits on death row while his convictions and death sentence are on appeal before the Ohio Supreme Court where his lawyers seek a new trial or for the high court to overturn his convictions and death sentence.  From the Metro Desk of  Cleveland Urban News. Com and The Cleveland Urban News.Com Blog, O hio's Most Read Online Black Newspaper and Newspaper Blog, Ohio'sleaders in Black digital news    ( www.clevelandurbannews.com ) /   ( www.kathywraycolemanonlinenewsblog.com ) CLEVELAND, Ohio- The families of the 11 Black women murdered on Imperial Avenue by convicted serial killer Anthony Sowell basically stayed away from a phony groundbreaking ceremony for a memorial held on Wednesday by the Mount Pleasant  Ministerial  Alliance, a group of Black male Mount Pleasant preachers. And community activists and victims of crimes family members picketed the event, calling it a diversion to take away from the fact that poor Blac
Post a Comment
Read more
More posts