Showing posts with the label drugs
Show all 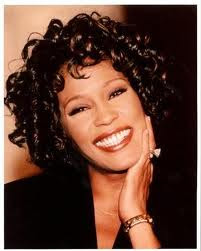 Whitney Houston By Kathy Wray Coleman, Editor, The Kathy Wray Coleman Online News Blog. Com and Cleveland Urban News.Com News.Com ( www.kathywraycolemanonlinenewsblog.com ) and ( www.clevelandurbannews.com ) LOS ANGELES, California-Whitney Houston's death in the bathtub of her hotel room at the Beverly Hilton Hotel last month was the result of an accidental drowning , the Los Angeles coroner said yesterday, with the official cause of death "drowning and the effects of atherosclerotic heart disease and cocaine use." According to reports of the toxicology report a host of other drugs were found in her body also, namely cocaine, marijuana, the prescription anti-depressant Xanax, Benadryl and Flexeril. The pop singer, 48, who has publicly battled cocaine and alcohol for the past decade in a half, was in town that weekend for a pre-Grammy's Awards party at the hotel thrown by her former music producer and mentor Clive Davis. Also an actress and producer, Houston
Post a Comment
Read more
More posts