Showing posts with the label guest.
Show all

How can the Cleveland Browns draft NFL football players for team success? Should more focus be given to players drafted in mid-rounds? 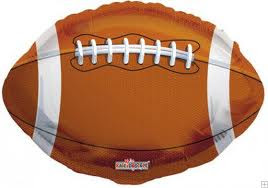 By Karl Kimbrough, Guest Sports Columnist, Cleveland Urban News.Com www.clevelandurbannews.com ) CLEVELAND, Ohio-The NFL draft has become such a huge theatrical event that in most cities across the country, including Cleveland where the Cleveland Browns are center stage, football fans are glued to their television sets to see who gets the potential star players. But should more focus be given to mid-round draft players since a team can not function on first and second round draftees alone? Fans are mainly interested in those players who are projected to be drafted in the first round. From February until draft day in April there is so much talk about the potential top 10 players that we feel as though we must have one. If we do not get one for our team then we have missed out on a prized talent that could take our team to another level. A lot of the attention that is given to the draft is based on hype from the media and high grades or ratings given by draft gurus. However, this
Post a Comment
Read more
More posts