Showing posts with the label Brian Smith
Show all

Cuyahoga County where 9 jail inmates have died names new interim sheriff as a search ensues for a permanent sheriff, the county jail in Cleveland dubbed one of the most notorious jails in the country.... By editor Kathy Wray Coleman of Clevelandurbannews.com and Kathywraycolemanonlinenewsblog.com, Ohio's most read digital Black newspaper and Black blog 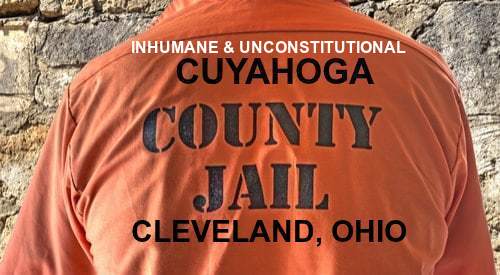 By Kathy Wray Coleman, editor-in-chief  at   Clevelandurbannews.com and Kathywraycolemanonlinenewsblog.com ,  Ohio's most read digital Black newspaper and Black blog.  Tel: (216) 659-0473. Email: editor@clevelandurbannews.com.   Coleman is an experienced Black political reporter who covered the 2008 presidential election for the Call and Post Newspaper in Cleveland, Ohio and the presidential elections in 2012 and 2016 As to the one-on-one interview by Coleman with Obama   CLICK HERE TO READ THE ENTIRE ARTICLE AT CLEVELAND URBAN NEWS.COM, OHIO'S LEADER IN BLACK DIGITAL NEWS .   Clevelandurbannews.com and Kathywraycolemanonlinenewsblog.com  - CLEVELAND, Ohio -  As a search committee looks for a permanent sheriff, Cuyahoga County Executive Armond Budish, who appoints the county sheriff per the county charter, has appointed a new acting sheriff after the interim sheriff appointed five hours earlier on Monday was demoted to second in command because he could not meet
Post a Comment
Read more
More posts