Showing posts with the label Jennifer Sherman
Show all 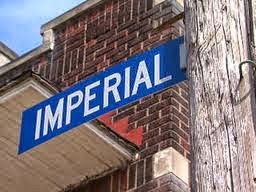 From the Metro Desk of Cleveland Urban News.Com and The Kathy Wray Coleman Online News Blog.Com, Ohio's No 1 and No 2 online Black news venues  ( www.clevelandurbannews.com )  Reach Cleveland Urban News.Com by email at editor@clevelandurbannews.com and by phone at 216-659-0473 Convicted rapist and serial killer of 11 Black women Anthony Sowell, who sits on death row while his convictions are on appeal. Tuesday, October 29, 2013 marks the fourth anniversary of the day the first of the 11 bodies was removed from his since demolished home on Imperial Avenue on Cleveland's largely Black east side in 2009. CLEVELAND, Ohio-The Imperial Women Coalition of the Imperial Women and other local community activists groups, with support from the Baptist Ministers Conference of greater Cleveland and other area Black clergy, will host "The 4th  Anniversary  o f the  Imperial Avenue Murders Rally  And  Candlelight Vigi l And Universal Call To Find Missing Women And Children&q
Post a Comment
Read more
More posts