Showing posts with the label Badass Teachers
Show all

Some 13 Black, other activists speak at Trump impeachment march in Cleveland where activist Kathy Wray Coleman, who led them, was carrying an anti-police brutality sign and was allegedly assaulted and illegally restrained by members and supporters of Indivisible Cleveland, a White group out of Parma and Strongsville that did not want Blacks speaking at the event unless that agreed to come under Indivisible Cleveland and to say what they wanted to hear......Activists demanded resources as to violence against women and girls.... Alfred Porter Jr of Black on Black Crime says he is appalled by the assault and attack on Coleman, also a Black Cleveland journalist, and Abdul Qahhar of the New Black Panther Party says Indivisble Cleveland wants to subordinate Blacks and is part of the problem....By Clevelandurbannews.com, Kathywraycolemanonlinenewsblog.com, Impeachmentmarch.com, Ohio's Black digital news leaders 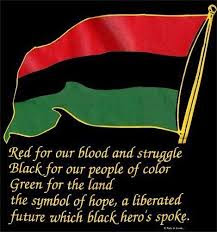 ( www.clevelandurbannews.com ) /   ( www.kathywraycolemanonlinenewsblog.com ). Ohio's most read Black digital newspaper and Black blog with some 4.5 million views on Google Plus alone.Tel: (216) 659-0473 and Email: editor@clevelandurbannews.com. Kathy Wray Coleman, editor-in-chief, and who trained for 17 years at the Call and Post Newspaper in Cleveland, Ohio. We interviewed former president Barack Obama one-on-one  when he was campaigning for president. As to the Obama interview,   CLICK HERE TO READ THE ENTIRE ARTICLE AT CLEVELAND URBAN NEWS.COM, OHIO'S LEA DER IN BLACK DIGITAL NEWS . United States President Donald Trump CLEVELAND URBAN NEWS.COM, Cleveland, Ohio -Some 13 Black and grassroots activists spoke at the Free Stamp at Willard Park next to Cleveland City Hall at an impeachment rally and march against President Donald Trump on Sunday, activist Kathy Wray Coleman of the Imperial Women Coalition allegedly getting assaulted and unlawfully restrained by members
Read more
More posts