Showing posts with the label drunk driving
Show all

By Kathy Wray Coleman: Police to do checkpoint sobriety stops for illegal drinking in greater Cleveland today, sobriety checkpoints are legal in some states, including Ohio, but cannot be random, though otherwise police typically must have reasonable suspicion or probable cause to pull a car over 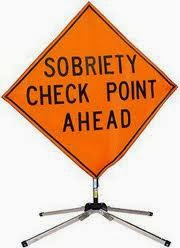 By Kathy Wray Coleman, editor-in-chief,  Cleveland Urban News.Com and  The Kathy Wray Coleman Online News Blog.Com, Ohio's No 1 and   No 2 online Black newspapers  ( www.clevelandurbannews.com ) and  ( www.kathywraycolemanonlinenewsblog.com ).  Reach us by phone at 216-659-0473 and by email at   editor@clevelandurbannews.com CLEVELAND, Ohio- Parma, Ohio police will do sobriety checkpoints tonight, Friday, December 6, 2013, according a departmental press release.  Police will conduct the checkpoints in the 5700 block of Ridge Road from 7 p.m. to 12 a.m, the press release said.  Parma is a majority White suburb of Cleveland, and a city where Blacks traditionally stay away from due to claims of racism and police harassment, not to mention a consent decree the city once had with the Cleveland Chapter NAACP for discriminating in hiring against Blacks seeking to become firefighters there. The U.S. Supreme Court in Michigan Dept of State Police v. Sitz .  determined via a ruling
Post a Comment
Read more
More posts