Showing posts with the label 30 Rock
Show all 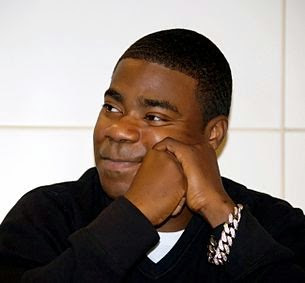 Tracy Morgan By Kathy Wray Coleman, editor-n-chief,  Cleveland Urban News. Com and The Cleveland Urban News.Com Blog,  O hio's Most Read Online Black Newspaper and Newspaper Blog, Tel: (216) 659-0473 .Email: editor@clevelandurbannews.com K athy Wray Coleman is  a community activist and 22 year investigative journalist who trained for 17 years at the Call and Post Newspaper.    ( www.clevelandurbannews.com ) /   ( www.kathywraycolemanonlinenewsblog.com ) Former 30 Rock actor  Tracy Morgan,  who rose to fame after eight seasons  on Saturday Night Live  and co-starred in the 30 Rock comedy series from 2006 to 2013, has reportedly settled  a lawsuit for an undisclosed amount with Walmart over a car accident in 2014 that left one man dead and seriously injured the comedian and another man. Morgan's press agent released a statement relative to the settlement saying that the actor and other parties to the suit are pleased with the outcome.  The actor, comedian was rushe
Post a Comment
Read more
More posts