Showing posts with the label Jalen Plummer
Show all

Activists, community to remember Diane Madison, the mother of Cleveland serial killer Michael Madison, at a vigil today, June 27, 2019, in front of the home where she was murdered...."We invite the community to join us," said activist Art McKoy, who said Diane Madison, and not her son, is the focus.... Activist Kathy Wray Coleman, who leads the Imperial Women Coalition and led rallies relative to the murders of his victims, said the murder of Diane Madison is "just another reminder that violence against women and girls remains an epidemic locally, statewide and nationally, and as the 2020 election nears not one presidential candidate has put forth a proposal to address this growing problem."....By Clevelandurbannews.com and Kathywraycolemanonlinenewsblog.com, Ohio's most read Black digital newspaper and Black blog 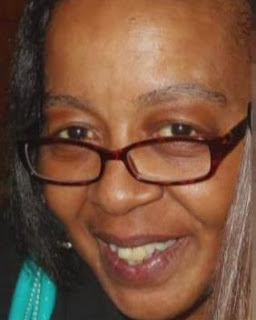 Diane Madison Clevelandurbannews .com and Kathywraycolemanonlinenewsblog.com , Ohio's most read Black digital newspaper and Black blog with some 5 million views on Google Plus alone.Tel: (216) 659-0473 and Email: editor@clevelandurbannews.comWe interviewed former president Barack Obama one-on-one when he was campaigning for president. As to the Obama interview, CLICK HERE TO READ THE ENTIRE ARTICLE AT CLEVELAND URBAN NEWS.COM, OHIO'S LEADER IN BLACK DIGITAL NEWS . Clevelandurbannews .com and Kathywraycolemanonlinenewsblog.com -CLEVELAND, Ohio – CLEVELAND, Ohio- The Cleveland community, led by activists' groups Black on Black Crime Inc and Imperial Women Coalition, will hold a vigil today, Thursday, June 27, 2019, at 6 pm at 19612 Chickasaw Avenue on Cleveland's east side in front of the home where serial killer Michael Madison's mother was stabbed to death on June 22 to remember the her.  CLICK HERE TO READ OUR FULL COVERAGE ON THE MURDER OF
Post a Comment
Read more
More posts