Cliff Pinkney sworn in as Cuyahoga County's first Black sheriff, former county sheriffs McFaul, Reid and Bova stole homes via public corruption and foreclosure fraud for JPMorgan Chase Bank, other banks and mortgage companies, with help from Michael Brelo trial Judge John O'Donnell, magistrates, other judges....O'Donnell is accused of stalking Black women and attempting to steal their homes with support from police and the county prosecutor's office, and in fake foreclosure cases without a plaintiff or mortgage company....Cleveland NAACP attorneys and officials turned a blind eye to the theft and harassment, and would also harass the victims....Law firms hired by Chase to assist O'Donnell and other judges in the theft and harassment are Reimer and Lorber, Thompson Hine, Lerner, Sampson and Rothfuss, and Bricker and Eckler. ....By Cleveland Urban News.Com, Ohio's leader in Black digital news 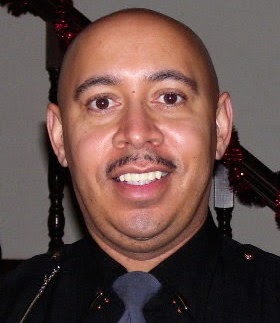 New Cuyahoga County Sheriff Clifford Pinkney, the county's first Black sheriff Cuyahoga County Executive Armond Budish Cuyahoga County Court of Common Pleas Judge John O'Donnell, who, according to public records, stole homes via theft and public corruption for mortgage companies and banks like JPMorgan Chase Bank in fake foreclosure cases without either a plaintiff or a mortgage company, and thus no jurisdiction or authority to even hear the cases. Chase would sit on the sidelines without suing, but would use their attorneys in the fake foreclosure cases for harassment and theft purposes, public records reveal. O'Donnell would  then try to hand the homes to Chase for a fourth of the value with the help of the sheriff's office.  Stalemates were reached thereafter because the sheriff's office would not put the people out of their homes. The victims, data show, were primarily Black women that the judge is accused of stalking for years, in some cases n
Post a Comment
Read more
More posts