Showing posts with the label chase bank
Show all 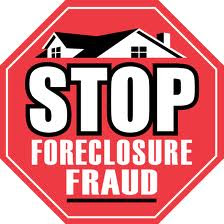 National political news and local news from the Cleveland metropolitan area brought to the community from www.kathywraycolemanonlinenesblog.com and www.clevelandurbannews.com Grassroots groups including Black on Black Crime Inc., the Imperial Women, Cleveland Jobs With Justice, the Northeast Ohio's Poor People's Economic Human Rights Campaign, Stop Targeting Ohio's Poor, Occupy Cleveland and a host of others will rally over corporate greed and malfeasance with the sponsoring group Empowering And Strengthening Ohio's People (ESOP) on Tue., Dec 6, at 11:00 am at Chase Bank in Cleveland Hts., Oh at 12388 Cedar Rd. (Editor's Note: Cleveland Hts. is a suburb of Cleveland that is 43 percent Black. In addition to Cleveland, it borders Shaker Hts., E. Cleveland, University Hts. and other cities of Cuyahoga County. Like Cleveland, it too has been hit hard with illegal foreclosures furthered through corporate fraud that is tearing at the fabric of the middle class comm
Post a Comment
Read more
More posts