Ohio Congresswoman Marcia Fudge addresses Trump's declaration of the opioid crisis as a public health emergency and urges support for her bill dubbed 'The Breaking Addition Act of 2017'....Rep Fudge represents parts of Cleveland and is one of two Blacks in congress from Ohio....Fudge said that "while I support the administration's decision to focus on the opioid crisis, more can be done to provide greater access to treatment."...Eighty-six percent of deaths from drug overdoses in Ohio in 2016 are attributed to opioids, a crisis that has hit White America with a vengeance, though it impacts people across racial and socioeconomic lines....By editor Kathy Wray Coleman of ClevelandUrbanNews.Com and the KathyWrayColemanOnlineNewsBlog.Com, Ohio's most read digital Black newspaper and Black blog with some 5 million readers on Google Plus alone. Tel: (216) 659-0473. Email: editor@clevelandurbannews.com 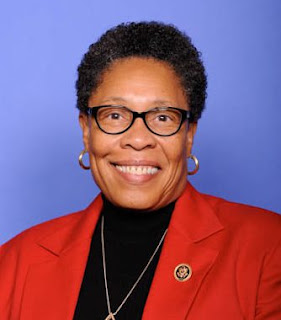