Showing posts with the label Doug Jones
Show all 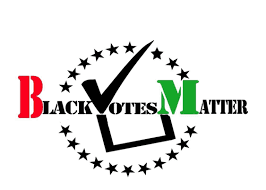 Ahead of Alabama’s special Senate election, there was a clear narrative about the state’s black voters: They weren’t mobilizing. Six of 10 black voters stopped by a  New York Times  reporter in a shopping center last week didn’t know an election was even going on, a result the reporter  took to mean  overall interest was low.  The   Washington Post   determined that black voters  weren’t “energized.”  HuffPost   concluded that black voters weren’t “inspired.”    If Democratic candidate Doug Jones lost to GOP candidate Roy Moore, weakened as he was by a sea of allegations of sexual assault and harassment, then some of the blame seemed likely to be placed on black turnout.  CLICK HERE TO READ THE FULL STORY AT THEATLANTIC.COM Clevelandurbannews.com and Kathywraycolemanonlinenewsblog.com , Ohio's most read Black digital newspaper and Black blog with some 5 million views on Google Plus alone.Tel: (216) 659-0473 and Email: editor@clevelandurbannews.com. Kathy Wray Colema
Read more
More posts