Funeral services held for former Louisville and Cleveland schools assistant superintendent Dr James M. Coleman, the father of Kathy Wray Coleman, a Cleveland activist and journalist who spoke at the funeral, among others, including State Senator Gerald Neal and Hancy Jones.....Other dignitaries their include State Representative Darryl Owens, former Kentucky State University President Raymond Burse, and former metro councilwoman Denise Bentley.... Kathy Wray Coleman said that her father was an educator par excellence' and a historian in the truest sense, and that he was community oriented and a member of the Cleveland schools desegregation team who fought for equity for Black children... Dr Coleman was a member of the Louisville and Cleveland Chapters of the NAACP, Alpha Phi Alpha Fraternity, Sigma Phi Pi Fraternity, and Psi Boule....By Clevelandurbannews.com and Kathywraycolemanonlinenewsblog.com, Ohio's most read Black digital newspaper and Black blog with some 5 million views on Google Plus alone.Tel: (216) 659-0473 and Email: editor@clevelandurbannews.com 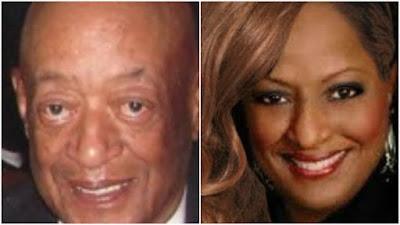 Pictured are the late Dr James M. Coleman, the longest serving Cleveland schools assistant superintendent and a former Louisville schools assistant superintendent, and his daughter, Cleveland activist and journalist Kathy Wray Coleman. Dr Coleman died July 29, 2018 in Louisville, Kentucky after a brief illness, with funeral services held August 4. Kathy Wray Coleman was among the speakers at the funeral and she described her father as "an educator par excellence' and an historian in the truest sense." Clevelandurbannews.com and Kathywraycolemanonlinenewsblog.com , Ohio's most read Black digital newspaper and Black blog with some 5 million views on Google Plus alone.Tel: (216) 659-0473 and Email: editor@clevelandurbannews.com. Kathy Wray Coleman, editor-in-chief, and who trained for 17 years at the Call and Post Newspaper in Cleveland, Ohio. We interviewed former president Barack Obama one-on-one when he was campaigning for president. As to the Obama interview,
Post a Comment
Read more

Activist and journalist Kathy Wray Coleman's dog Ebenezer passes away after 18 years with Coleman, Coleman said Ebenezer survived the death of her husband, mother and sister, a house fire and other mishaps and will be sorely missed....Ebenezer even got arrested one time with Coleman when Coleman was targeted by police for a since dismissed and retaliatory misdemeanor charge for her activism and writings....By www.clevelandurbannews.com, Ohio's Black digital news leader 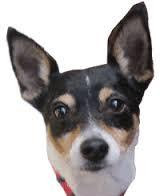