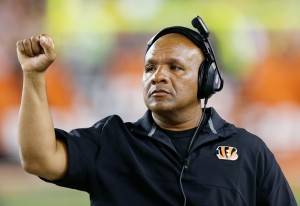 Hugh Jackson BEREA, Ohio -- Hue Jackson believes in the people who hired him and the system they set up with the  Cleveland Browns . Never mind that Jackson is the third coach that owner Jimmy Haslam has hired since he and his wife, Dee, bought the team in October 2012. Jackson reiterated multiple times in his introductory news conference that he is in Cleveland because of the people in the front office. "Please trust me," Jackson said shortly before offering a fist pump to the Dawg Pound. "I am going to have an opportunity to work with some of the smartest men in football." Jackson, 50, becomes the team's 16th head coach and eighth since 1999.  CLICK HERE TO READ THE ENTIRE ARTICLE AT ESPN.COM
Post a Comment
Read more
More posts