Showing posts from November, 2013
Show all

By  Cory Shaffer | Northeast Ohio Media Group   (NOMG) Email the author  |  Follow on Twitter   on November 29, 2013 at 2:30 PM, updated  November 29, 2013 at 9:40 PM Malissa Williams and Tim Russell CLEVELAND, Ohio – The number 137 is standing out to many community groups in Cleveland like few others. That’s the number of shots 13 Cleveland  police officers fired at Timothy Russell and Malissa Williams a year ago Friday , ending a 25-minute police chase across Cleveland into neighboring East Cleveland. And 365 days later, some of those  community groups  say they have seen little done to correct “the worst catastrophe in the police department’s history.” ( Read on below or  CLICK THIS LINK HERE TO READ THE FULL PLAIN DEALER STORY AT CLEVELAND.COM AND TO WATCH THE ASSOCIATED VIDEO  ) “Ninety percent of the people we talk to in the community feel that Malissa and Timothy have not gotten any justice,” said Art McKoy, founder of Black On Black Crime. The r
Post a Comment
Read more 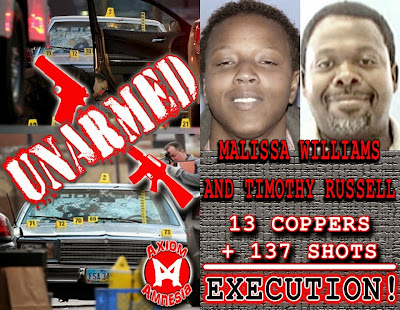 By Kathy Wray Coleman, editor-in-chief,  Cleveland Urban News.Com and  The Kathy Wray Coleman Online News Blog.Com, Ohio's No 1 and   No 2 online Black newspapers  ( www.clevelandurbannews.com ) and  ( www.kathywraycolemanonlinenewsblog.com ).  Reach us by phone at 216-659-0473 and by email at   editor@clevelandurbannews.com CLEVELAND, Ohio- Community activists groups, victims and victims family members of police brutality, and Black elected officials will host "The First Anniversary of the Cleveland Police 137 Shots and Stop Police Brutality Rally and Candlelight Vigil" on Friday, November 29, 2013, at 5 pm outside of Heritage Middle School in East Cleveland at 14410 Terrace Road. Friday marks the first anniversary of the gunning down by 13 all non-Black Cleveland cops of unarmed Blacks Malissa Williams, 30, and Timothy Russell, 43, both of whom were killed on November 29, 2012 following a car chase that began in downtown Cleveland and ended at Heritage Middle Schoo
Post a Comment
Read more

The Cleveland Cavaliers are in the holiday spirit of giving, to the Miami Heat 95 to 84, Cavs lose to the Heat in pre-Thanksgiving home game in Cleveland, the all star matchup between LeBron James and Cavaliers Kyrie Irving never materializes

By Karl Kimbrough (pictured), Cleveland Urban News.Com Sportswriter (kimbrough@clevelandurbannews.com).    Cleveland Urban News.Com and The Kathy Wray Coleman Online News Blog.Com, Ohio's No 1 and No 2 online Black news venues  ( www.clevelandurbannews.com )  Reach Cleveland Urban News.Com by email at editor@clevelandurbannews.com and by phone at 216-659-0473 Kyrie Irving (left) and Lebron James CLEVELAND, Ohio- There are 82 games in every National Basketball Association regular season. Each season though, there are a few games that Cleveland Cavaliers fans circle as special. Two of those special games are when LeBron James visits his old team at Quicken Loans Arena. Wednesday night, one day before the holiday season began, is the day that the NBA scheduled LeBron's first return home this season. And the Cavaliers fell to the Miami Heat last night, 95 to 84. (Editor's note: Lebron James is a native of Akron , Ohio and played for the Cavaliers for seven years
Post a Comment
Read more

East side Cleveland Councilmen Michael Polensek, Kevin Conwell, and Jeff Johnson, all three of whom opposed the $30 million deal for upgrades to FirstEnergy Stadium for the Cleveland Browns along with west side councilpersons Brian Cummins and Dona Brady. West side Cleveland Councilpersons Brian Cummins and Dona Brady, both of whom opposed the $30 million stadium deal for Cleveland Browns along with east side Councilmen Jeff Johnson, Kevin Conwell and Michael Polensek Cleveland Mayor Frank Jackson, who convinced city council to pass an ordinance by a 13 to 5 vote at its meeting Monday night to fund $30 million over a period of 15 years for upgrades to the First Energy Stadium for the Cleveland Browns. Councilman Zack Reed was the only councilperson that did not vote on the measure and he was absent from Monday night's meeting. By Kathy Wray Coleman, editor-in-chief,  Cleveland Urban News.Com and  The Kathy Wray Coleman Online News Blog.Com, Ohio's No 1 and
Post a Comment
Read more 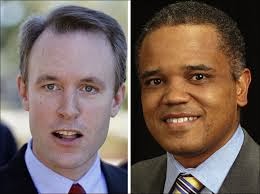 Cuyahoga County Executive Ed FitzGerald, (left), a Democrat who hopes to unseat Republican Ohio Governor John Kasich in next year's  gubernatorial race, and his lieutenant governor running mate State Senator Eric Kearney, a Cincinnati Democrat. FitzGerald announced last week his selection of Kearney to run with him on the Democratic ticket. By Kathy Wray Coleman, editor-in-chief,  Cleveland Urban News.Com and  The Kathy Wray Coleman Online News Blog.Com, Ohio's No 1 and   No 2 online Black newspapers  ( www.clevelandurbannews.com ) and  ( www.kathywraycolemanonlinenewsblog.com ).  Reach us by phone at 216-659-0473 and by email at   editor@clevelandurbannews.com CLEVELAND, Ohio-Governor hopeful Ed FitzGerald, a Democrat who will likely resign from his Cuyahoga County Executive job by the end of this year or early next year, has chosen a Black state senator from Cincinnati, Ohio for his lieutenant governor running mate in hopes of unseating Republican Gov. John Kasich in n
Post a Comment
Read more 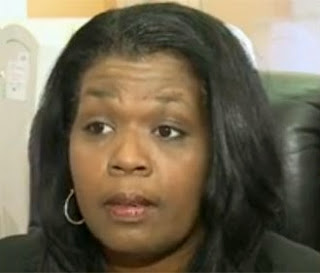 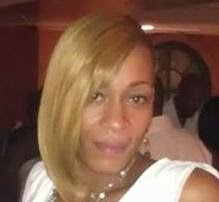 Davida Burns CLEVELAND, Ohio- Community activists and family members of Davida Burns, 42, whose murdered body was found in a home on Cleveland's east side after a 911 call brought firefighters there late last week, will hold a vigil tonight, Nov 22, 2013, at 7:30 pm, at 3970 East 121st Street in Cleveland. (Contacts are Art McKoy at 216-253-4070, Judy Martin at 216-990-0679, and Kathy Wray Coleman at 216-659-0473) The Cuyahoga County coroner has determined her death a homicide and said she died of blunt force injuries to the head and brain. Cleveland police responded to a fire in the upstairs bedroom at the home where tonight's  vigil will be held and said they found Burn's body in the basement. Her assailant is still at large and police have no suspects to date. She leaves behind seven children, some of them grown.  "There is an epidemic of rape and murder of women in Cleveland and we call for additional resources and more police and detectives on the stree
Post a Comment
Read more

By Kathy Wray Coleman: Cleveland Urban News.Com remembers JFK as the 50th anniversary of his assassination of November 22, 1963 approaches, was the last Democrat to lose Ohio and win the presidency 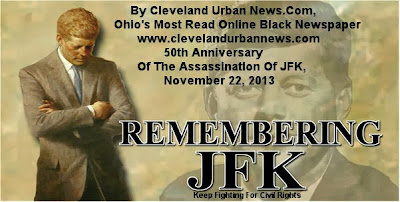 By Kathy Wray Coleman, Cleveland Urban News.Com and  The Kathy Wray Coleman Online News Blog.Com, Ohio's No 1 and No 2 online Black news venues  ( www.clevelandurbannews.com )  Reach Cleveland Urban News.Com by email at editor@clevelandurbannews.com and by phone at 216-659-0473 CLEVELAND, Ohio- Cleveland Urban News.Com, Ohio's most read online Black newspaper, remembers the late United States President John Fitzgerald Kennedy as the 50th anniversary of his unprecedented assassination approaches on November 22, 2013. Often referred to as "Jack," JFK was the 35th president of the United States of America and served from January 1961 until his untimely death. He died from a gunshot wound to the head while riding in a motorcade   during a parade in Dallas, Texas, and at the hands of infamous assassin Lee Harvey Oswald, who was later killed himself.  A year after his death Congress passed the Civil Rights Act of 1964. A Democr
Read more 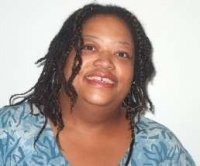 George Friday,  national  field organizer for the Bill of Rights Defense Committee out of  Northampton,  Massachusetts CLEVELAND,Ohio-  Cleveland Urban News.Com News Brief  www.clevelandurbannews.com , and  www.kathywraycolemanonlinenewsblog.com  By Kathy Wray Coleman, publisher, editor-in-chief CLEVELAND,Ohio-Greater Cleveland community activists groups will meet  on three separate occasions this week beginning today with Bill of Rights Defense Committee Field Organizer George Friday (pictured) for pointers on community organizing in the wake of abandoned homes where women have been found raped and murdered in large numbers,  rampant foreclosure impropriety,  and violence against women and nothing being done about it. Also at issue are police murders of unarmed people, inequities in the legal system and discrimination against minority contractors. The first forum is at 5 pm, today, Nov. 20, 2013, in the basement for the Fifth Third Bank Building at 3500 Lorain Ave at Fulton
Post a Comment
Read more