All Black East Cleveland jury finds Cleveland police supervisor Patricia Coleman not guilty in '137 shots' dereliction of duty case where two unarmed Blacks were gunned down by 13 non-Black Cleveland cops shooting 137 bullets following a police chase from Cleveland to East Cleveland....Cleveland activist Kathy Wray Coleman, who organized rallies around the '137 shots' shooting with activists Art McKoy and Alfred Porter Jr., said the acquittal is "unfortunate for the Black community and our fight against excessive force and police negligence and malfeasance and if innocent Blacks had representative counsel and fair judges and prosecutors when we are maliciously prosecuted our people might not get erroneously convicted and illegally imprisoned so frequently and so easily by our racist legal system"....Clevelandurbannews.com and Kathywraycolemanonlinenewsblog.com, Ohio's most read Black digital newspaper and Black blog 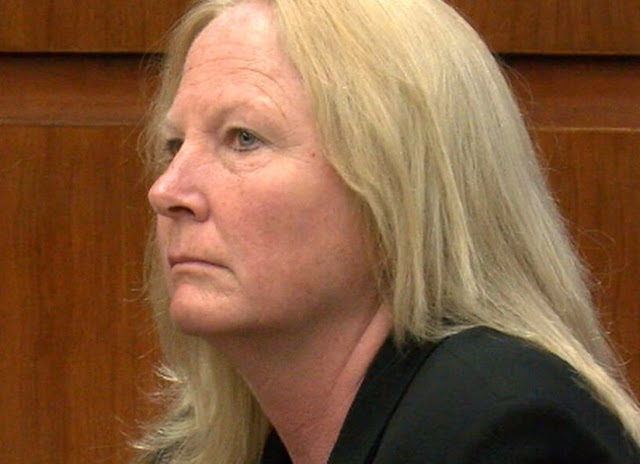 Pictured above is Cleveland Police Sgt. Patricia Coleman , who was acquitted by an all Black East Cleveland jury on Friday of a second degree misdemeanor charge of dereliction of duty, Coleman, singled out among a host of police supervisors and high ranking law enforcement personnel of Cleveland and prosecuted in a celebrated case where 13 non- Black Cleveland cops gunned down two unarmed Blacks following a police chase from downtown Cleveland to neighboring East Cleveland. All of the 13 shooter cops were men, and they went free too, including since fired cop Michael Brelo, the only cop charged of the 13 shooters and of whom was acquitted of voluntary  manslaughter charges in a bench trial before Cuyahoga County Court of Common Pleas Judge John O'Donnell. Hence, the Black community is left without accountability in one of the most notorious cases of excessive force by Cleveland police Cleveland activist Kathy Wray Coleman of the Imperial Women Coalition speaks to the mai
Post a Comment
Read more
More posts