Showing posts with the label Grand Master Carl A. Williams
Show all 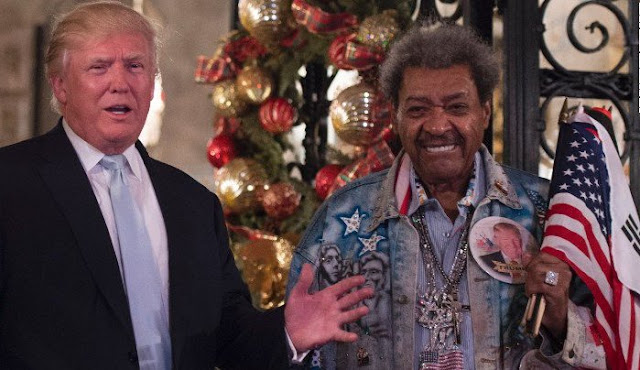 President-elect Donald Trump (left) and international boxing promoter Don King, both Republicans, at a press conference on Wednesday, December 28 on the Russian hacking controversy and the state of affairs between Israel and the United States. A Cleveland native who owns and publishes the Call and Post Newspaper, Ohio's most prominent Black press with distributions in Cleveland, Columbus and Cincinnati, King's annual turkey giveaway hit seven states and nine cities this year and stopped in Cleveland at the Call and Post on December 17.  Trump said Wednesday in reference to the Russian hacking fiasco that "Americans should just get on with their lives."    (Photo by Getty Images) Democratic President Barack Obama at a press conference on Thursday, December 29 to announce unprecedented sanctions against Russia and its prime minister, Vladimir Putin relative to the Russian hacking controversy that has rocked America. Obama said Thursday that the Russian hackin
Read more
More posts