Showing posts from April, 2022
Show all

Women's March Cleveland to host My Body My Choice Seymour Avenue anniversary rally as to the escape of the Ariel Castro kidnapping and rape victims....Head organizer Kathy Wray Coleman said that violence against women and girls in Cleveland is escalating and that issue, as well as reproductive rights, are a major focus of the rally...Coleman has been the head organizer of all but one of the Seymour Avenue anniversary rallies and is a former high school biology teacher who leads Women's March Cleveland and the Imperial Women Coalition....The Imperial Coalition was founded relative to the murders of 11 Black women on Imperial Avenue in Cleveland by the late serial killer Anthony Sowell....By Clevelandurbannews.com and Kathywraycolemanonlinenewsblog.com, Ohio's Black digital news leader 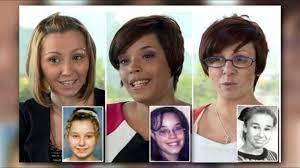 From left: Seymour Avenue in Cleveland escape victims  Amanda Berry, Gina DeJesus and  Michelle Knight, the trio abducted at separate times and different places in the city, rape repeatedly, and held captive for a decade by the late serial rapist Ariel Castro Clevelandurbannews.com and   Kathywraycolemanonlinenewsblog.com CLEVELAND, Ohio -May 6, 2022 marks the anniversary of the escape, after a decade of captivity, of Gina DeJesus, Michelle Knight and Amanda Berry from the late Ariel Castro's since demolished Seymour Avenue home on Cleveland's near west side and the community, led by activists, will gather to remember the incident. The annual anniversary rally will be held at 5:30 pm at 2207 Seymour Avenue in front of Castro's since demolished home  on Fri, May 6, which is the ninth year anniversary since  Berry, DeJesus and Knight got away from Castro after a neighbor, upon hearing Berry's cry for help, broke down the home door and rescued her. (Contact organizers K
Post a Comment
Read more

Minnesota Attorney General Keith Ellison to join Congressional candidate Nina Turner for Get-Out-The-Vote week in Cleveland as will activists and faith leaders who will participate in a "Souls To The Polls" caravan and march to the Cuyahoga County Board of Elections i for early voting....Vote early or vote on May 3, 2022....Clevelandurbannews.com and Kathywraycolemanonlinenewsblog.com, Ohio's Black digital news leader 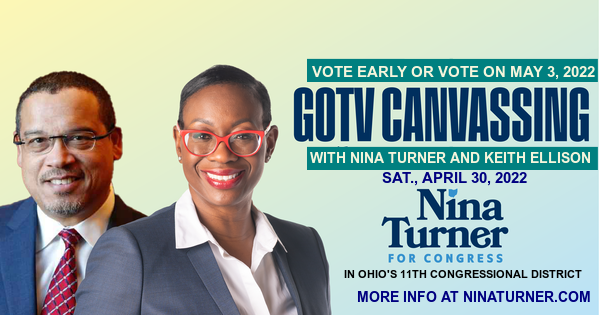 Clevelandurbannews.com and   Kathywraycolemanonlinenewsblog.com CLEVELAND, OHIO – U.S. congressional candidate Nina Turner has announced that she will be hosting a series of Get-Out-The-Vote (GOTV) events during the final week of early voting leading up to the May 3 primary election, including a "Souls to the Polls" event on Sun, May 1 with faith leaders and events Saturday with Minnesota Attorney General Keith Ellison that will begin with a community breakfast with Ellison. TO RSVP FOR THE BREAKFAST WITH MINNESOTA ATTORNEY GENERAL KEITH ELLISON CLICK HERE   AND READ FURTHER BELOW FOR SPECIFICS ON EACH GOTV EVENT WITH TURNER THIS WEEK. OTHER EVENTS BELOW ALLOW FOR RSVP BUT IT IS NOT REQUIRED FOR ATTENDANCE The campaign will feature themed events with local activist groups such as the Progressive Caucus, unions such as SEIU, and ethic groups, including progressive Blacks, Latinos and others that have supported the campaign. Turner will vote for herself in the primary on Sat.
Post a Comment
Read more

Ohio lawmaker introduces bill for medical providers to prescribe animal drug ivermectin to COVID-19 patients if requested, a drug used to treat horses and cows for heart worms or other parasites that can cause side effects and even death in humans when taken in high doses, a Cleveland Clinic COVID-19 physician says, and research suggests...Clinical trials on ivermectin have been inconclusive....By investigative reporter and editor Kathy Wray Coleman Clevelandurbannews.com and Kathywraycolemanonlinenewsblog.com, Ohio's Black digital news leader 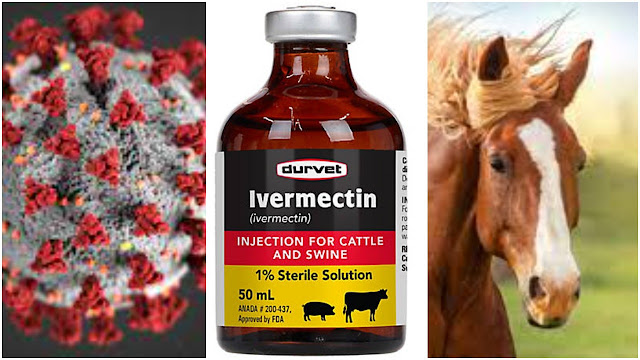 Clevelandurbannews .com and- Kathywraycolemanonlinenewsblog.com .Tel: (216) 659-0473 and Email: editor@clevelandurbannews.com. By Kathy Wray Coleman, associate publisher, editor-in-chief. Coleman is an investigative reporter, and a former high school biology teacher with a degree in science COLUMBUS, Ohio-   A bill has been introduced in Ohio's state legislature that would require physicians and hospitals to administered  animal ivermectin to treat COVID-19 in patients upon request, even though researchers and medical doctors from the Cleveland Clinic and the Centers for Disease Control and Prevention (CDC) have advised against this type of use of the prescription animal drug. The bill that would mandate the application of ivermectin, hydroxychloroquine and other “alternative” COVID-19 treatment drugs if requested by a patient was introduced Thursday at the Statehouse. Introduced by Rep. Kris Jordan (R-Ostrander) House Bill 631 , the bill would authorize the use of  ivermectin ,
Post a Comment
Read more Ohio 11th congressional district candidate Nina Turner, a former state senator, at Cleveland State University protesting the name of the law college on April 14.  Protesters say that Cleveland State University's Cleveland Marshall College of Law bears the name of a former slave owner and should be changed.  Photo compliments of Jaden Strambolia.  Clevelandurbannews.com and   Kathywraycolemanonlinenewsblog.com By Kathy Wray Coleman, associate publisher,  editor   CLEVELAND, Ohio- Ohio 11th Congressional District candidate Nina Turner has joined a coalition of students, activists, elected officials and area Civil Rights organizations such as the Cleveland NAACP and the Cleveland chapter of the Southern Christian Leadership Conference to demand a vote by the Cleveland State University Board of Trustees by May 1 on whether to remove the name of slaveholder and former U.S. Supreme Court chief justice John Marshall from CSU's Cleveland-Marshall College of Law. A former Ohio se
Post a Comment
Read more

Trump endorsed J. D. Vance wins GOP nomination in Ohio for U.S. Senate over Josh Mandel, Mike Gibbons, others in hopes of replacing outgoing U.S. Senator Rob Portman U.S. Senate candidate J.D. Vance, Harper a Democratic candidate for the U.S. Senate...Harper said that both Trump and Vance share a dark vision of gutting the government and promoting 'more rich White guys,' and that 'the entire GOP Senate race has focused only on Trump’s endorsement instead of how any of these Republicans would improve the lives of Ohioans'....By editor Kathy Wray Coleman of Clevelandurbannews.com and Kathywraycolemanonlinenewsblog.com, Ohio's Black digital news leader 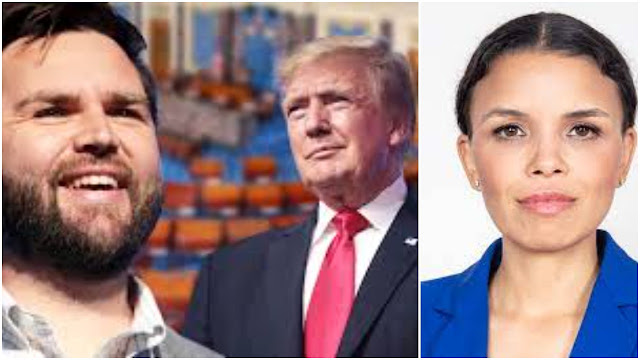 Republican U.S. Senate candidate J.D. Vance, former GOP president Donald Trump, and Democratic U.S. Senate candidate Morgan Harper, a Columbus Democrat Clevelandurbannews.com and   Kathywraycolemanonlinenewsblog.com By Kathy Wray Coleman, political and investigative reporter, editor-in-chief COLUMBUS, Ohio —  Former president Donald Trump headlined a GOP-led rally on  Sat., April 23, 2022  at the Delaware County Fairgrounds in Delaware, Ohio, a city some 24 miles north of Columbus. The event drew hundreds and comes as the May 3 primary election nears, an effort, says sources, to boost voter turnout for Republican candidates. Though he has not announced an endorsed candidate for governor last week he endorsed author and venture capitalist J.D. Vance in the crowded Republican primary for the  U.S.  Senate seat up for grabs due to the upcoming retirement of GOP Sen. Rob Portman of Cincinnati. Vance joined the former president on stage mid-way through his remarks as Trump lauded him as th
Post a Comment
Read more
More posts