Showing posts with the label Castro sentenced
Show all

Ariel Castro sentenced to life in prison without the possibility of parole for raping and kidnapping 3 women whom he held captive against their will for over 9 years, victim Michelle Knight spoke at sentencing of the now convicted kidnapper and rapist 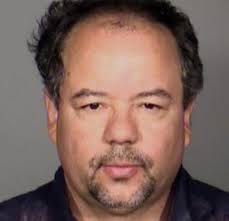 Ariel Castro CLEVELAND, Ohio- Cuyahoga County Court of Common Pleas Judge Michael Russo sentenced Ariel Castro to life in prison without the possibility of parole on August 1 for kidnapping and raping Amanda Berry, Gina DeJesus and Michelle Knight and holding the three women captive for 10 years at his west side home on Seymour Ave in Cleveland, Oh., a celebrated case that has captured the nation's attention. "Nobody should have to go through what I went through," said Knight in a prepared statement. Knight said that her bond with DeJesus  helped her make it through the unprecedented ordeal that she dubbed "11 years in hell." Addressing Castro in the packed courtroom, Knight said that "I will live on, you will die a little every day."   Neither DeJesus nor Berry spoke at the sentencing.  DeJesus' cousin spoke on her behalf and Berry's sister spoke for her. DeJesus was held captive for nine years against her will, Berry 10, and
Post a Comment
Read more
More posts