Vote no on March 6 to corrupt and racist police prosecutor Tim McGinty whose record as judge, prosecutor is hostile to Blacks, Blacks will be done in 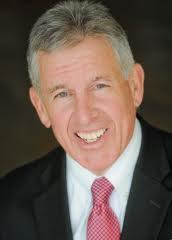 Corrupt and Racist Scum Bag Tim McGinty, a former judge and assistant county prosecutor whose record is hostile to Blacks and who was a snitch to the Plain Dealer Newspaper, handing private records on Black defendants that came before him in criminal cases as a judge to newspaper reporters, including convicted serial killer Anthony Sowell. He has been protected by the White establishment for promising to get as many Blacks prosecuted as possible if elected and has crossed the line of ethics by offering a few sellout Black leaders something in exchange for an endorsement. (Editor's Note: Activists say that they will monitor any contract give outs to these people if crazy McGinty is elected with his rich daddy's money) By Kathy Wray Coleman , Editor of Cleveland Urban News.Com and The Kathy Wray Coleman Online Ne ws Blog,.Com ( www.kathywraycolemanonlinenewsblog.com ) and ( www.clevelandurbannews.com ) Cleveland, Ohio-Community activists such as The Imperial Women, The Carl
Post a Comment
Read more
More posts