Tamir Rice grand jury prosecutor Tim McGinty, who freed Tamir's killers from prosecution and other police that erroneously kill Blacks while he gets Blacks maliciously indicted in droves, and who lost his seat in the primary, should be removed from office and himself indicted for public corruption and malfeasance, say greater Cleveland community activists.... Greater Cleveland grassroots activists want intervention as to McGinty per the consent decree for police reforms and other venues, and a special prosecutor on cases involving police, both as accusers and those accused, since the Tamir Rice debacle....By www.clevelandurbannews.com Editor-in-Chief Kathy Wray Coleman 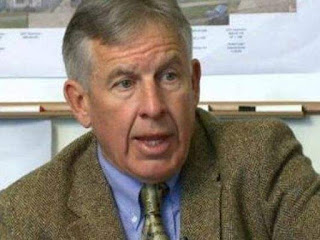 Ousted Cuyahoga County Prosecutor Tim McGinty, who lost reelection in the March Democratic primary to his only opponent, Michael O'Malley, should resign, say greater Cleveland community activists, who want intervention in the matter relative to the consent decree for police reforms between the city of Cleveland and the U.S. Department of Justice. Activists also want a special prosecutor on all cases before the grand jury involving police since the Tamir Rice debacle and a state law that permits people facing indictments on criminal charges the due process opportunity to testify before the grand jury like police. www.clevelandurbannews.com ) /   ( www.kathywraycolemanonlinenewsblog.com ). Tel: (216) 659-0473 and Email: editor@clevelandurbannews.com By Editor-in-Chief  Kathy Wray Coleman, a-23-year journalist who trained at the Call and Post Newspaper in Cleveland, Ohio for 17 years, and who interviewed now President Barack Obama one-on-one when he was campaigning
Read more
More posts