Showing posts with the label 10 years
Show all

Former New Orleans mayor sentenced to prison, Ray Nagin was mayor during the Hurricane Katrina tragedy and said then that the city would remain a "Chocolate City" 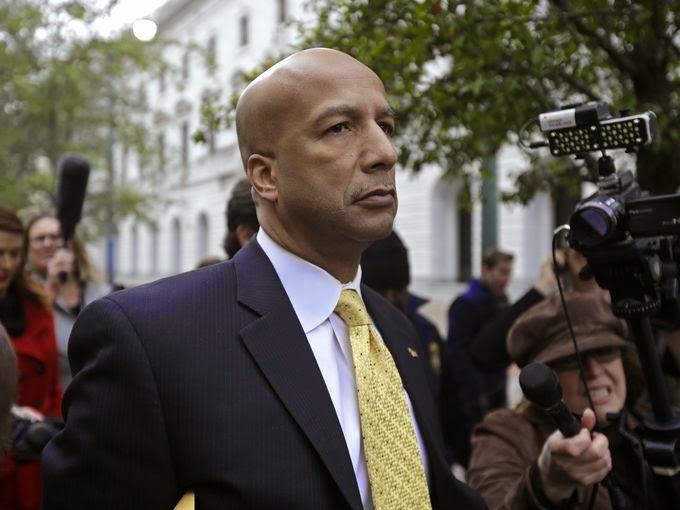 Former New Orleans mayor Ray Nagin By Kathy Wray Coleman, editor-in-chief,  Cleveland Urban News. Com and The Cleveland Urban News.Com Blog,  O hio's Most Read Online Black Newspaper and Newspaper Blog, Tel: (216) 659-0473  K athy Wray Coleman is  a community activist and 20 year investigative journalist who trained for 17 years at the Call and Post Newspaper in Cleveland, Ohio.    ( www.clevelandurbannews.com ) /   ( www.kathywraycolemanonlinenewsblog.com ) NEW ORLEANS, Louisiana- Former New Orleans mayor Ray Nagin, who served during the Katrina Hurricane tragedy and caused an uproar when he said then that in rebuilding the city it would remain a 'Chocolate City,' was sentenced Wednesday to 10 years in federal prison following jury convictions on a host of corruption-related charges relative to his time as mayor.  Nagin, 58, faced 20 years, which prosecutors sought, but the judge opted for only 10, saying he is not a danger, and citing his age. He was convicted in
Post a Comment
Read more
More posts