Showing posts with the label ineffective assistance of counsel
Show all

O.J. Simpson testifies in bid for new trial, his former attorney accused of ineffective assistance of counsel, some say prejudicial nine-to-33 year sentence is pay back for winning on criminal charges in 1995 that he murdered ex-wife, her friend 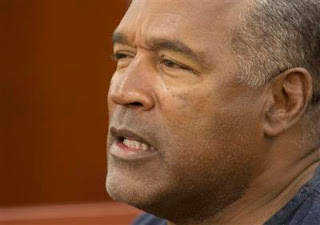 O.J. Simpson By Kathy Wray Coleman, editor-in-chief,  Cleveland Urban News.Com and The Kathy Wray Coleman Online News Blog.Com, Ohio's No 1 and No 2 online Black news venues  ( www.clevelandurbannews.com )  Reach Cleveland Urban News.Com by email at editor@clevelandurbannews.com and by phone at 216-659-0473 LAS VEGAS, Nevada-Legendary former pro football player O.J. Simpson testified this week against the lawyer that got him a prejudicial nine to 33 year prison sentence nearly five years ago on kidnapping and armed robbery charges, hoping to get a new trial.  Simpson, 65, took the stand in a Nevada courtroom on Wednesday after not doing so by his former attorney's advice during his trial in 2008 and said that  Miami attorney Yale Galanter knew that he did not   know that two companions had guns in a 2007 confrontation with memorabilia dealers that he says were scamming him. He testified that Galanter advised him to "go get his stuff"  and that the attorney
Post a Comment
Read more
More posts