Voters to decide whether to recall East Cleveland's mayor at the ballot box on November 8, 2022 among other issues and offices on the ballot in Ohio and with early voing in Cuyahoga County ending on November 7....By Clevelandurbannews.com and Kathywraycolemanonlinenewsblog.com, Ohio's Black digital news leader 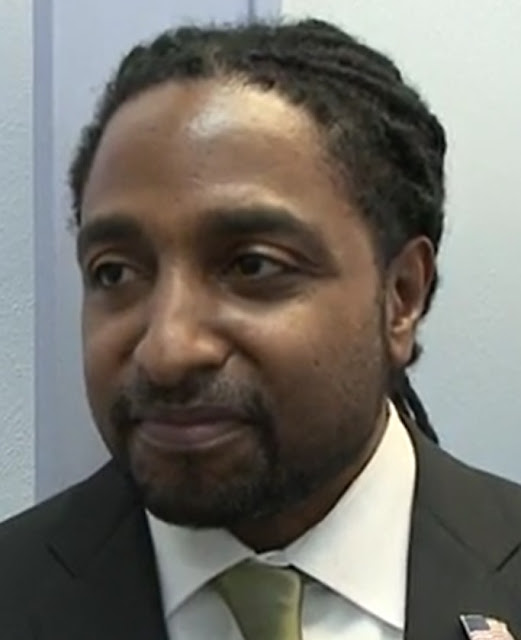 EAST CLEVELAND, Ohio-Voters in East Cleveland will decide  whether to recall Mayor Brandon King at the ballot box on Nov. 8, 2022 with early voting in Cuyahoga County concluding on Mon.,  Nov 7

Community activists seeking to recall the embattled mayor submitted certified 322 valid petition signatures earlier this year to the board of elections for the recall effort,11 more than the 311 needed to put the issue before voters.  Council Vice President Ernest Smith is also the subject of a recall effort.

Also on the ballot in Ohio are statewide races, legislative seats, judgeships, congressional and local offices, some ballot issues, and a controversial U.S. Senate seat. Most notably is a gubernatorial election and the nationally watched fight for a U.S. Senate seat.

Per the city charter, the Black mayor had until Aug. 18 to resign after the board of elections certified the recall petition for the November ballot. If the recall is successful Council President Nathaniel Martin will step up as mayor until a runoff election can be held in early 2023.

Governed by a mayor and city council, East Cleveland is a 99 percent Black and impoverished suburb of Cleveland. It has a population of some 14,000 people and  59 percent of household income is less than $25,000. It is one of the poorest cities in Ohio with a majority of its residents living below the poverty line. Its mayor and members of city council are all Democrats

The city has been under fiscal emergency for the last decade.

William Fambrough, who supported Councilwoman Juanita Gowdy in her unsuccessful effort to unseat King via last year's primary election is spearheading the recall effort as a member of a citizens group that says King has permitted police to abuse their power and that he and police are undermining city council's authority.The mayor is also accused of misappropriating city monies and retaliating against his political rivals with malicious prosecutions at the hands of city law director Simmons.

The mayor's supporters say the recall effort is nothing more than an attempt to get rid of Black leaders in East Cleveland, notwithstanding a string of police indictments of the mayor's embattled police force, including chief of police Scott Gardner, who is White and is out on administrative leave without pay. Gardner has pleaded not guilty and faces several felony charges, including theft in office and grand theft. The indicted patrol officers, also on leave, are accused of pulling over Blacks and harassing them and stealing from them.

Then the vice president of city council, King succeeded former mayor Gary Norton into office in December of 2016 by succession, and after East Cleveland voters recalled Norton and the council president, That recall was effort organized by activists who complained that Norton was fiscally irresponsible and was supporting a now defunct merger proposal with East Cleveland and neighboring Cleveland King has since won election in 2017 and reelection in 2021.

Mayor King, 54, was born and raised in East Cleveland, and he holds an MBA from the Ohio State University.