Attorney General Merrick Garland names special counsel in the DOJ's criminal probe of Trump after the former president announced he will run for president in 2024....By editor Kathy Wray Coleman of Clevelandurbannews.com and Kathywraycolemanonlinenewsblog.com, Ohio's Black digital news leader 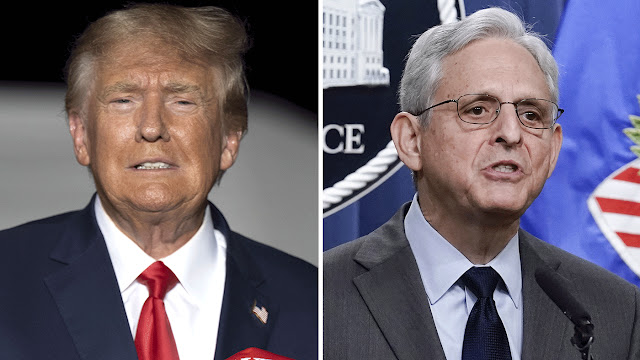 United States Attorney General Merrick Garland (right) announces that he has named federal prosecutor Jack Smith as special counsel relative to two criminal investigations by the U.S. Department of Justice of former president Donald Trump (left), who this week announced that he will run for president in 2024 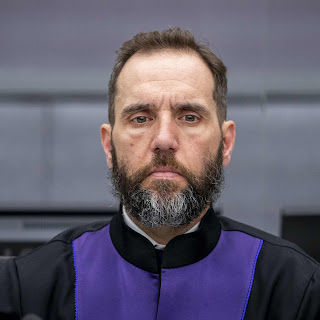 WASHINGTON D.C.-U.S. Attorney General Merrick Garland has named war crimes prosecutor Jack Smith special counsel for two criminal investigations by the Department of Justice of former President Donald Trump, action taken just three days after Trump, a Republican, announced that he will run for president in 2024. A federal prosecutor, Smith served as chief prosecutor for the special court of The Hague investigating war crimes in Kosovo

One investigation pertains to the Jan 6, 2021 insurrection regarding the certification of the Electoral College vote for President Joe Biden’s and the other classified White House documents confiscated from the former president's residence at his Mar-a-Lago club in Palm Beach, Florida following a raid by FBI and DOJ officials earlier this year.

The DOJ has sent out several subpoenas in recent days pertaining to the criminal probe that Trump and his lawyers call a political stunt by Merrick and the DOJ.

A federal judge-turned attorney general, Garland named special counsel, say sources, to avoid the appearance of impropriety since Trump is now a presidential candidate. President Biden, a Democrat who unseated Trump from the White House and a likely rival for president in 2024, appointed Garland as attorney general right after he took office in 2021.

The attorney general said Friday during an affiliated press conference that Smith, a longtime prosecutor, is the right man to investigate Trump and that he has "built a reputation as an impartial and determined prosecutor."

Trump  announced Tuesday night from his Mar-a-Lago estate in Palm Beach, Florida that he is running for president in 2024, marking his third bid for the White House, and now Smith could derail his presidential hopes by getting a stinging indictment, though sources say that that would likely not deter Trump from running.

Before becoming United States attorney general, Garland served as a circuit judge of the U.S. Court of Appeals for the District of Columbia Circuit from 1997 to 2021. The U.S Senate, in 2016, rejected then president Barack Obama's nomination of him for the Supreme Court after members of the Senate Judiciary Committee's Republican majority refused to conduct the hearings necessary to advance the vote to the Senate at large. President Biden named him as attorney general in 2021.