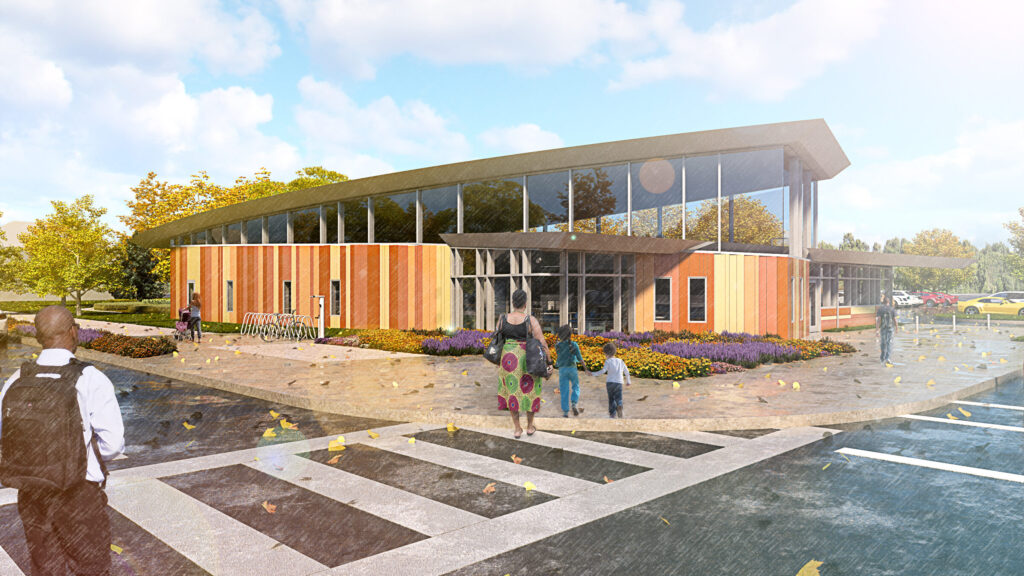 The new Cleveland Hough Public Library, which is located at 6530 Lexington Avenue in the historic Hough Community in Ward 7 on the city's largely Black east side and is one of several branches of the Cleveland Public Library system, which has a main library in downtown Cleveland

The event is free and open-to-the-public.

Designed by Moody Nolan, the new Hough Campus honors the past with an eye on the future. Moody Nolan’s architects drew inspiration from the mythical Sankofa bird in Africa which looks back while moving forward. This design is in the shape of the building.

The re-imagined library will have an expanded children’s area, a teen nook, more meeting rooms, a welcoming outdoor space, and book lockers for after-hours access to materials.

The Cleveland Public Library system, which has a main library in downtown Cleveland and several branches, including the new Hough Library, is committed to re-building or renovating every neighborhood branch over the next decade. For updates on construction projects, visit courbanize.com/collections/cpl.

Giovanni is an American poet, writer, commentator, activist, and educator. One of the world's most well-known African-American poets, her work includes poetry anthologies, poetry recordings, and nonfiction essays, and covers topics ranging from race and social issues to children's literature. She has won numerous awards, including the Langston Hughes Medal and the NAACP Image Award. She has been nominated for a Grammy Award for her poetry album, The Nikki Giovanni Poetry Collection. Additionally, she has been named as one of Oprah Winfrey's 25 "Living Legends".