Republicans win for governor, U.S senate and all statewide offices in Ohio, including all 3 seats up for grabs on the Ohio Supreme Court.....By editor Kathy Wray Coleman of clevelandurbannews.com and kathywraycolemanonlinenewsblog.com, Ohio's Black digital news leader 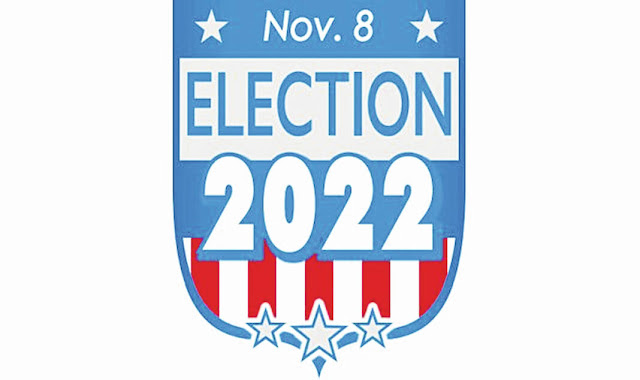 Columbus, Ohio-Since Republican John Kasich, now a CNN commentator, ousted then Democratic governor Ted Strickland from the governor's mansion in a contentious 2010 election, Democrats in Ohio have not won a statewide election other than less than a handful of seats on the largely Republican Ohio Supreme Court and the reelections of Sherrod Brown, a senior member of the U.S. Senate and Ohio's most prominent Democrat.

That did not change via Tuesday's election. In fact, it was worse as the Republicans swept the election from the reelection of Gov Mike DeWine and the other candidates on the statewide Republican ticket, including  secretary of state Frank LaRose and state attorney general David Yost, to winning all three open seats on the  seven-member Ohio Supreme Court. This includes the chief justice seat that is currently held by retiring and age-limited Maureen O'Connor, a former lieutenant governor and the court's first feral chief justice.

A supreme campaigner and a former cop, Justice Sharon Kennedy, a Republican, out did Democratic Justice Jennifer Brunner, a former secretary of state, to replace O'Connor regarding one of the three open seats, that chief justice seat of which is an elected position in Ohio. As to the other two seats up for grabs, Republican Justices Patrick Fischer and Patrick DeWine, Gov. DeWine's son, won reelection by beating Democrats 10th District Court of Appeals Judge Terri Jamison and First District Court of Appeals Judge Marilyn Zayas, respectively. Kennedy’s win means that her current seat is open for an appointment by Gov. DeWine, whom sources say will appoint a Republican in coming weeks.

Going into Tuesday's election Republicans held four state supreme court seats in Ohio, those of O'Connor, Kennedy Fischer and DeWine, and Democrats three, namely Brunner and Michael Donnelly and Black justice Melody Stewart, whose seats were not open for election. And per the outcome of the election on Tuesday, the 4-3 Republican Democratic make-up of the court will not change, if Gov DeWine appoints a Republican to justice Kennedy's current seat, as expected. What is clear, said pundits, is that Ohio, which Donald Trump won over Hillary Clinton in 2016 and over President Biden in 2020, both times by eight points, has become a red state. It is, therefore, no longer pivotal as it once was for aspiring presidential candidates, pundits now say, and voting data suggest.

Democrats could simply not get a statewide win on Tuesday in Ohio.

Former Dayton mayor Nan Whaley, the Democratic nominee for governor who tried to unseat Republican nominee Gov DeWine, a former U.S. senator, got glob-bard, losing to the governor 37 percent to his 63 percent, the Associated Press ,predicted at press time. DeWine thanked his wife Fran, voters and his campaign team during a victory speech and said that "things are coming our way. This is a great manufacturing state."

In spite of a  larger campaign war chest, Congressman Tim Ryan, a Youngstown area Democrat who will say goodbye to congress after serving for some two decades, lost to Trump-endorsed Republican candidate J.D. Vance 54 percent to 46 percent in the race to replace retiring US Sen Rob Portman of Cincinnati.