Ohio statewide Democratic candidates for governor, other statewide offices court Cleveland and Cuyahoga County voters with the November 8, 2022 just days away....Also on the ballot in Ohio is a U.S. Senate seat, state legislative seats, judgeships, local offices, some ballot issues, and even a controversial recall effort of East Cleveland's mayor....three seats are open on the Ohio supreme court in judicial races that could tilt the balance of the court....By editor Kathy Wray Coleman of Clevelandurbannews.com and Kathywraycolemanonlinenewsblog.com, Ohio's Black digital news leader 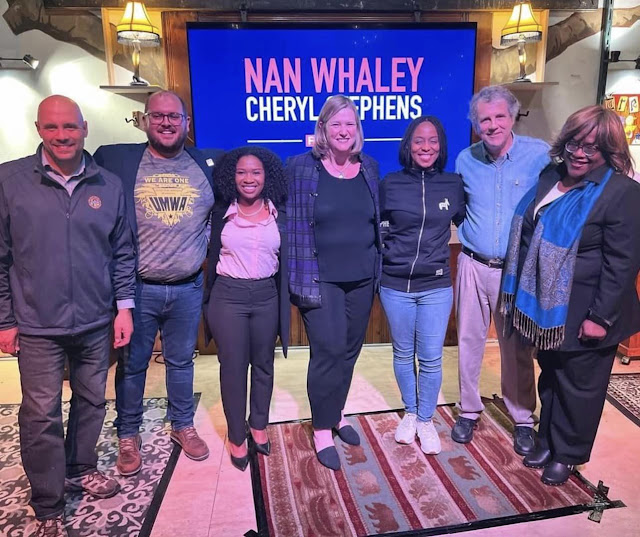 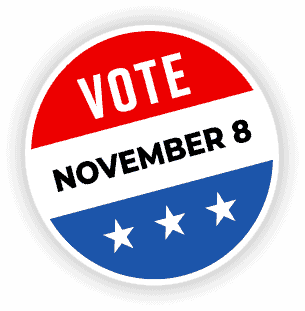 CLEVELAND, Ohio – With the Nov. 8 general election just days away, including midterm elections relative to seats up for grabs in congress and in the U.S. Senate, some Democrats seeking statewide office in Ohio, including for governor, secretary of state and state attorney general, have made Cleveland and Cuyahoga County a campaign stumping ground, largely because Cuyahoga County, the second largest of Ohio's 88 counties, is a Democratic stronghold, and it is roughly 29 percent Black.

"We have organized canvasses to get out the vote," said state Rep Juanita Brent, a Black Cleveland Democrat and vice chairwoman of the Cuyahoga County Democratic Party.

Also on the ballot in Ohio are state legislative seats, judgeship's, congressional and local offices, some ballot issues, and even a controversial recall effort of East Cleveland's mayor  and its vice president of city council.

A majority Black major American city of some 383,000 people led by new mayor Justin M Bibb, a 35-year-old Black Democrat who won election last year, Cleveland is Ohio's second largest city, behind the capital city of Columbus, which has nearly a million people and sits in Franklin County, the state's largest county and also a Democratic stronghold. 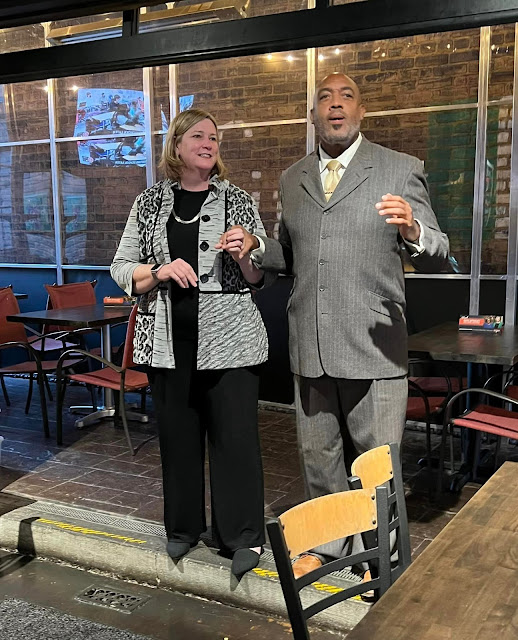 Democratic nominee for governor Nan Whaley of Dayton and Cleveland Council President Blaine Griffin at a campaign event for Whaley in Little Italy on Cleveland's east side that was spearheaded by Griffin, an east side Black councilman (Photo by Cuyahoga Democratic Women's Caucus)

Since Republican John Kasich, now a CNN commentator, ousted then Democratic governor Ted Strickland from the governor's mansion in a contentious 2010 election, Democrats in Ohio have not won a statewide office other than less than a handful of seats on the largely Republican Ohio Supreme Court, and the reelections of Sen Sherrod Brown, a senior member of the U.S. Senate and a former Ohio attorney general. Former Dayton mayor Nan Whaley, the Democratic nominee for governor who hopes to unseat Republican nominee Gov Mike DeWine, a former U.S. senator, has been through greater Cleveland at least eight times in the last few months with stops at abortion rallies in Shaker Hts, Medina and Willoughby, and just this week campaign events in Cleveland, including an event in Little Italy hosted by Cleveland City Council President Blaine Griffin and a gathering for some statewide office candidates on the city's near west side at the Forest City Brewery,

State Rep Jeff Crossman of Parma was there too, and is running as the Democratic nominee for Ohio attorney general and he been all over the county campaigning for office So was Cincinnati Councilwoman Chelsea Clark, a Black woman and the Democratic nominee for Ohio secretary of state who faces Frank LaRose in November, LaRose a Republican and the current secretary of state. 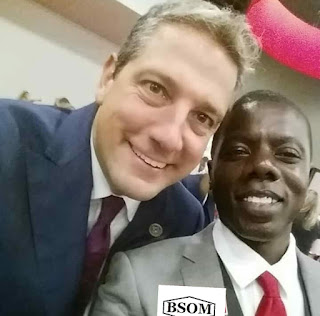 Congressman Tim Ryan, the Democratic nominee for the U.S. Senate in Ohio, and Democratic political activist Billy Sharp of greater Cleveland at a campaign event for Ryan

Ohio has been in the national news in recent months as Congressman Tim Ryan, a Youngstown area Democrat in congress for some two decades and Trump-endorsed Republican candidate J.D. Vance fight it out neck and neck for the U.S. Senate seat being vacated by the upcoming retirement of Republican U.S. Sen Rob Portman of Cincinnati. Democrats currently have a razor thin majority in the U.S. Senate as U.S. seat races in Ohio, Pennsylvania and Georgia remain key , and while the Democrats are expected to retain control of the Senate they are simultaneously preparing to hand control of the U.S. House of Representative to Republicans  following expected midterm defeats via next week's election.

Ryan has courted Cuyahoga County voters too, including a get-out-the-vote rally with union members at the UAW Hall in Cleveland on Oct 27. He will rally voters in Cleveland next week as former president Donald Trump comes back to Ohio to campaign for J.D. Vance and some other Republican candidates on the November ballot.

The most closely watched race in Ohio is the U.S. Senate race between Ryan and Vance followed by a battle to replace age limited Ohio Supreme Court Chief Justice Maureen O'Connor, Justices Sharon  Kennedy, a Republican, and Jennifer Brunner, a Democrat, running for that seat.

A Republican, and the court's first female chief justice, O'Connor's seat is one of three seats up for grabs this year on the seven-member largely Republican and majority female court. The other two seats open on the court are those of Republican Justices Patrick Fischer and Patrick DeWine, Gov. DeWine's son, the younger DeWine facing First District Court of Appeals Judge Marilyn Zayas and Fischer facing 10th District Court of Appeals Terri Jamison, both of them Democrats. Tuesday's election will determine if Republicans continue to dominate Ohio's highest court. 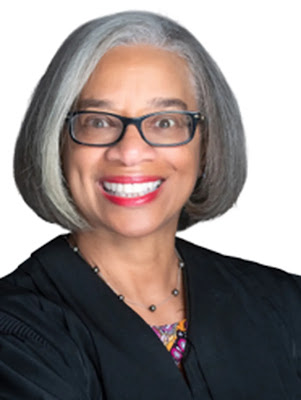 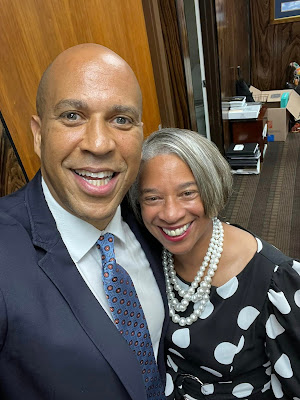 Judge Terri Jamison, a candidate for the Ohio Supreme Court, poses with U.S. Senator Corey Booker of New Jersey following an event at Olivet Institutional Baptist Church on Cleveland's largely Black east side where Booker was the keynote speaker
Judge Jamison is Black, and she, like Justice Brunner, a former Franklin  County 10th District Court of Appeals judge who sat on the bench where Jamison now sits, has courted Cuyahoga County voters, Jamison appearing regularly at area events, including an event earlier this year at Olivet Institutional Baptist Church on the city's largely Black east side that Congressman Ryan also attended and that featured U.S. Sen. Cory Booker of New Jersey as the keynote speaker.
By Kathy Wray Coleman, associate publisher, editor-in-chief (Coleman is a former biology teacher and a seasoned Black journalist, and an investigative, legal, scientific, and political reporter who trained for 17 years at the Call and Post Newspaper in Cleveland, Ohio.