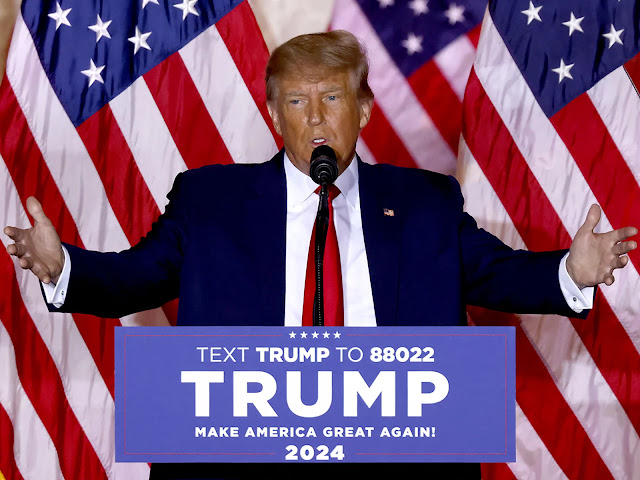 Clevelandurbannews.com and Kathywraycolemanonlinenewsblog.com PALM, BEACH, Florida -As women's rights groups across the country prepare to defeat him, former president Donald Trump  announced Tuesday night from his Mar-a-Lago estate in Palm Beach, Florida that he is running for president in 2024, marking his third bid for the White House. While speaking at a pre-mid-term election rally in Dayton, Ohio last week for J.D. Vance and some other other Republican candidates, the former president said that "I'm going to be making a very big announcement on Tuesday, November 15, at Mar-a-Lago in Palm Beach, Florida." And on Tuesday night he did just that before hundreds of political supporters and an anxious mainstream media, but only after a speech in which he bragged on his time in office as president and dogged the policies of current President Joe Biden, the Democrat who ousted him from the White house in 2020 following a contentious election "I am announcing m
Post a Comment
Read more

Set-up man in the murder of former Cleveland Mayor Frank Jackson's grandson is sentenced and gets life in prison.....Frank Q. Jackson was murdered on September 19, 2021....By Clevelandurbannews.com and Kathywraycolemanobnlinenewsblog.com, Ohio's' Black digital news leader

Robert Shepherd, 30, and Frank Q. Jackson, 24, the late grandson of former Cleveland mayor Frank Jackson whom Shepherd lured to his killing  on Sept 19, 2021. Clevelandurbannews.com and Kathywraycolemanonlinenewsblog.com By Kathy Wray Coleman, associate publisher, editor-in-chief Clevelandurbannews.com -CLEVELAND, Ohio- The Cleveland man found guilty last month of setting up the murder of former Cleveland Mayor Frank Jackson's 24-year-old grandson by luring him to the murder scene was sentenced on Tuesday to life in prison with eligibility for parole in 33 years. Cuyahoga County Court of Common Pleas Judge Deanna Calabrese threw the book at Robert Shepherd, 30, whom jurors, on Oct 31, found guilty on all four counts, including murder aggravated murder and felonious assault, in the shooting death in September of 2021 of Frank Q. Jackson, though he was not charged with pulling the trigger. . “Our city is a disaster when it comes to gun violence,” Calabrese said in sentencing Sheph
Post a Comment
Read more 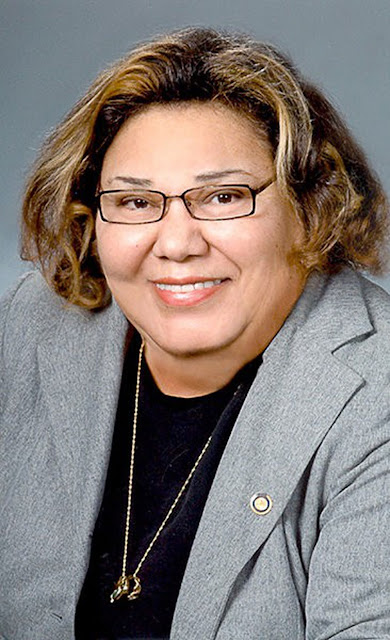 Barbara Boyd Clevelandurbannews.com and Kathywraycolemanonlinenewsblog.com     By Kathy Wray Coleman, associate publisher, editor CLEVELAND HEIGHTS, Ohio- Funeral services have been announced for longtime Ohio state representative Barbara Boyd of Cleveland Hts, a Democrat and former mayor of Cleveland Hts. who passed away on Sat, Nov 5, 2022. She is the mother of former state representative Janine Boyd, also of Cleveland Hts. Funeral arrangements are by E.F. Boyd and Son Funeral Home. Public viewing is Thursday, Nov 17 at the funeral home at noon followed by family visitation at 4pm and an Omega Omega Service at 5pm, also at the funeral home. Funeral services are Friday, Nov 18 at 11am at Forest Hill  Presbyterian Church Monticello Blvd. in  Cleveland Hts. Dignitaries are expected to attend the funeral in droves, sources said.  Barbara Boyd (born April 24, 1942) was an American politician. She served twice as a Democratic member of the Ohio House of Representatives , serving the
Post a Comment
Read more

Democrats maintain control of the U.S. Senate after more votes are counted as to the November midterm election 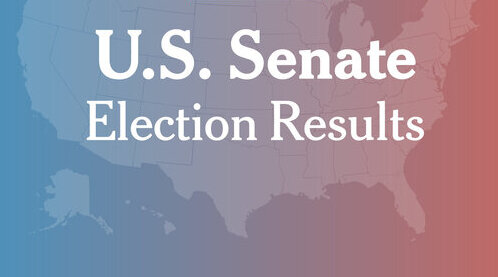 WASHINGTON — Democrats defied historical trends and defeated several candidates backed by former President Donald Trump to keep control of the Senate , providing enormous relief for President Joe Biden. The battle for the House , meanwhile, remains too close to call. CLICK HERE TO READ THE FULL ARTICLE AT NBCNEWS.COM Clevelandurbannews.com and Kathywraycolemanonlinenewsblog.com the most read Black digital newspaper and blog in Ohio and in the Midwest T el: (216) 659-0473. Email: editor@clevelandurbannews.com. We interviewed former president Barack Obama one-on-one when he was campaigning for president. As to the Obama interview, CLICK HERE TO READ THE ENTIRE ARTICLE AT CLEVELAND URBAN NEWS.COM, OHIO'S LEADER IN BLACK DIGITAL NEWS .
Post a Comment
Read more 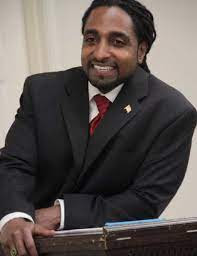