President Biden slams Trump, Republicans in aggressive speech in Philadelphia, saying equality and democracy are under assault because of Republicans and that "we do ourselves no favors to pretend otherwise"....By editor Kathy Wray Coleman of Clevelandurbannews.com and Kathywraycolemanonlinenewsblog.com, Ohio's Black digital news leader 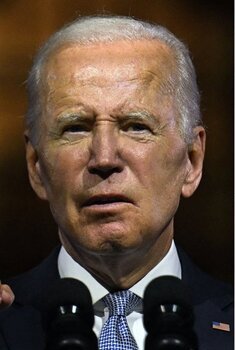 (CLEVELANDURBANNEWS.COM, PHILADELPHIA, Pennsylvania-President Joe Biden (pictured), a Democrat in office since January of 2021, took on Republicans and former president Donald Trump during a televised speech Thursday evening in Philadelphia, Pennsylvania, the president obviously taking clear aim at the opposition for the Democrats as the November midterm elections near and the 2024 presidential election is hardly two years away.

Billed as an official speech by the White House, Biden said that Trump and his fellow Republicans thrive on chaos and lies, and that freedom and liberty are at risk as Republicans seek to wrestle control of both the House of Representatives and the Senate from Democrats at the ballot box in just nine weeks.

"As I stand here tonight, equality and democracy are under assault," Biden said, speaking from behind bullet-proof glass from Independence Hall in downtown Philadelphia before about 300 people, including dignitaries, elected officials and other supporters. "We do ourselves no favors to pretend otherwise."

The president described public policy measures pushed by Republicans in Congress, whether in opposition to voting rights, abortion, immigration or gun control, or regarding their hard core, conservative stances on bread and butter issues such as inflation, taxes, and infrastructure systems, as "MAGA extremism," and "semi-fascism."

He said that too much of what's happening in our country today is not normal, and that Trump and Republicans are intimidating the American people in an effort to perpetuate a disingenuous and self-serving political agenda that will serve only to create more divisiveness during a time when political cohesiveness is sorely needed. And the president said that he is not anti-Republican.

He spoke on what he called unreasonable defiance by Trump and his supporters in refusing to accept that he won the 2020 presidential election, and he denounced the Jan 6, 2021 insurrection in which a mob of Trump supporters, angry over Trump's reelection loss, attacked the Capitol Building  in Washington, D.C. leaving five people dead and several injured.

“They look at the mob that stormed the United States Capitol on Jan. 6, brutally attacking law enforcement, not as insurrectionists who placed a dagger at the throat of our democracy, but they look at them as patriots," the president said. "And they see their MAGA failure to stop a peaceful transfer of power after the 2020 election as preparation for the 2022 and 2024 elections.”

A former U.S. senator and  vice president under president Barack Obama from 2009-2017, Biden also tooted his own horn, saying that the economy is gradually stabilizing itself as the nation continues to rebound from a COVID-19 pandemic that lingers, and that America is in a better place under his leadership, and under the leadership of Democrats in Congress.

A former U.S. senator-turned president, Obama was America's first Black president, and he remains one of Biden's strongest allies.

Conspicuously absent from the president's speech was any direct emphasis of the Aug 8, 2022 raid by the  FBI  of Trump's  Mar-aLago residence in Palm Beach, Florida pursuant to the execution of a search warrant for hundreds of classified documents that the former  president took  from the White House during his single term as president. 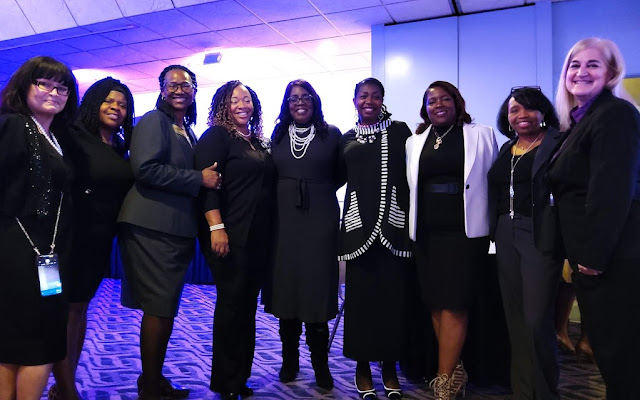