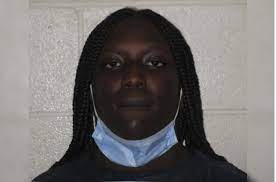 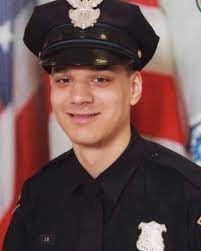 Tamara McLoyd, of Garfield Heights, faced several charges relative to the officer's shooting death, including aggravated murder, aggravated robbery, felonious assault, grand theft, and having weapons under disability. She did not take the stand and testify at her own trial.

Jurors deliberated for some four hours before reaching a verdict. Controversial common pleas Judge John O'Donnell, who presided over the trial, set sentencing for Sept 27 and she could spend 20 years to life in prison, depending on what sentence the judge imposes.

An appeal is likely, sources said.

McLoyd's attorneys told the jury during trial that McLoyd was drunk and high when the incident happened.

Her defense team argued that the state had not proven its case while the prosecution said McLoyd admitted in her interrogation that she robbed and then shot and killed  Bartek.  The jury sided with the prosecution.

Bartek's mother, grandmother and twin sister watched from the overflow room along with a cadre of Cleveland police officers as the celebrated case was handed to jurors for deliberation and were there when the verdict was read

Though Officer Bartek, 25 at the time of his death, was off-duty when he was killed, Cleveland Mayor Justin Bibb deemed his killing that of an on-duty cop in order that the fallen officer's family could qualify for benefits, including funeral and burial monies.

McLoyd  was on probation and under the supervision of the Lorain County Juvenile Court for a robbery conviction when she allegedly shot and killed Bartek.  Cuyahoga County Prosecutor Mike O'Malley told reporters that at that time McLoyd had been convicted of robbery as a juvenile in Lorain County Juvenile Court and that she should not have been on the streets, though a judge who had released her from custody obviously disagreed with his stance.

Others question how McLoyd, at such a young age, fail so quickly into the cracks of crime with little to no help of rehibilation . But some critics are not so lenient and are hoping for the judge to throw the book at the young woman since the person she killed was a cop, and cops in America are privileged, particularly where Blacks are concerned.

Officer Bartek was shot twice in the back in his car as she robbed him, his car parked outside of the apartment complex where he lived. He was pronounced dead after being transported by EMS from the scene of the shooting to Fairview Hospital.

Surveillance video purportedly reveals that McLoyd drove off in the officer's personal car after she allegedly shot him. She ultimately delivered the car to Anthony Butler Jr, 28 and of Bedford Heights, the other suspect who was charged with fleeing and receiving stolen property. Butler has pleaded not guilty

Police recovered the stolen car following a high speed chase through the city and several other communities.