Cleveland school board votes to ban teachers from carrying guns in schools after Mayor Bibb announced last week that he would not permit it, the mayor of whom controls the city's largely Black public schools per state law and appoints school board members....By Clevelandurbannews.com and Kathywraycolemanonlinenewsblog.com, Ohio's Black digital news leader 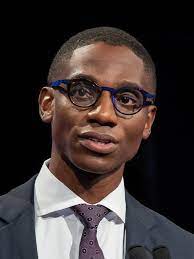 "We know this is the right thing to do," CMSD Board Chair Anne Bingham said. "I can't imagine what the  legislature is thinking."

The measure taken by the district's school board members, all of whom are appointed by the city mayor per state law, comes just a day after GOP Gov Mike DeWine signed a bill into law that allows Ohio's school district employees to carry fire arms in schools with limited training.

Flanked by Gordon and top brass of the city's police department Mayor Bibb said during a press conference last week that arming teachers with guns in the city's public schools is not the answer to increased fears nationwide of mass school shootings and that he is adamantly against permitting "teachers to bring weapons into our schools."

Ohio school districts could begin arming employees as soon as the start of the 2022-2023 academic school year under the legislation crafted by Republican lawmakers and signed into law on Monday by DeWine.

Democrats oppose the legislation, House Bill 99, which allows educators and other school district personnel to carry guns after less than 24 hours of training, though it is optional for school districts and Cleveland and its mayor, sanctioned by the mayor's appointed school board, made in clear Tuesday that Cleveland's public school district would not exercise such an option.

Gun control advocates, law enforcement organizations and the state's teachers unions, including the Cleveland Teachers Union officials, which have been vocal against guns in the city's schools, have also expressed opposition.

HB99 not only permits guns in schools with limited training, the bill also slashed the number of training hours required for K-12 staff to carry firearms on school grounds

House Bill 99 requires only 24 hours of training before teachers and staff can carry guns in schools, and an additional eight hours of training each year. That’s far less than previous law, upheld by the Ohio Supreme Court last year, which only allows educators to carry if they undergo basic peace-officer training, consisting of 600-plus hours of training, or if they worked in law enforcement for 20 years.The bill also allows local school boards to make their own security decisions.

The mayor has said that he hopes that other Northeast Ohio school districts will follow Cleveland's lead and that he is “urging every school in this city and every district in this region not to allow weapons in our schools, because arming our teachers with guns is not the solution.”

While mobile officers are allowed to carry weapons on school grounds, Cleveland schools security officers do not have such a privilege.

When state lawmakers passed House Bill 99 earlier this month it was a  response to the May 24 mass-shooting of 19 children and two teachers in Uvalde, Texas.

Black leaders and the Cleveland NAACP say House Bill 99 is nothing more than a bandaid approach to dealing with violence in schools and that it is irresponsible legislation that puts Black school children at risk as well as Black teachers and administrators, among other school affiliates.

Ohio lawmakers have also significantly loosened its conceal-carry law As of June 13, individuals won’t need a permit or any training to carry a concealed handgun in Ohio.

Clevelandurbannews.com and Kathywraycolemanonlinenewsblog.com, the most read Black digital newspaper and Black blog in Ohio and in the Midwest. Tel: (216) 659-0473. Email: editor@clevelandurbannews.com. We interviewed former president Barack Obama one-on-one when he was campaigning for president. As to the Obama interview, CLICK HERE TO READ THE ENTIRE ARTICLE AT CLEVELAND URBAN NEWS.COM, OHIO'S LEADER IN BLACK DIGITAL NEWS.